A 100-foot-long joint wasn’t just a pipe dream for a group of marijuana enthusiasts in Massachusetts.

On Saturday, a group of pot smokers at the Harvest Cup, a marijuana festival in Worcester, managed to make a joint that was the equivalent to one-third of a football field.

Keith Laham, who organized the rolling of the jumbo joint, told the Boston Globe that he and other “pot-icipants” trained for months before Saturday’s attempt.

“It’s pretty much impossible to roll a 100-foot bone by throwing paper out there and trying to just roll it,” Laham told the paper. “But when we get sections and teams of people, then we will be able to do it. We will have guys running up and down making sure it gets connected in the right places.”

Forty people worked on the joint, which was made from 3,000 yards of rolling paper, and a thousand grams of weed ― about 2.2 pounds.

The joint was completed by 4:20 p.m. local time, but honestly, its completion raised more questions than answers from observers.

“First thought is, when do we get to smoke it? That thing is epic!” Ali Kamran-Rad told CBS Boston.

Patrick Breton was curious about something else.

“Honestly, I want to know who has lungs powerful enough to suck air all the way from that end, to this end,” he told the station. 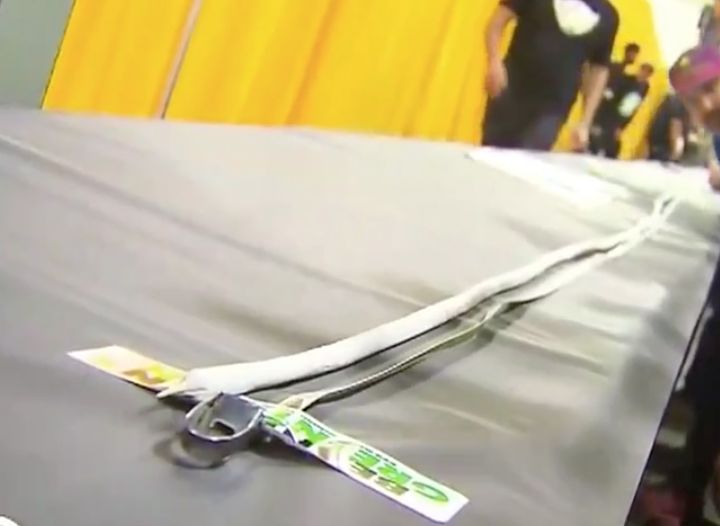 “It’s almost impossible to smoke it the way it is, so we’re going to break it down into sections, probably pile it up on top of each other, use some of the rolling paper we have to roll it tighter,” he told MassLive.com. “And then I really want to take a Shop-Vac or something, stick it on the end of it ... then a blow-torch, and then just see what happens.”

Although the joint makers believe they set a record, it won’t be officially recognized by Guinness World Records.