50 Cent Proves He Really Made It In Hollywood: “You Know The Vibes, Directors Guild Of America Card” 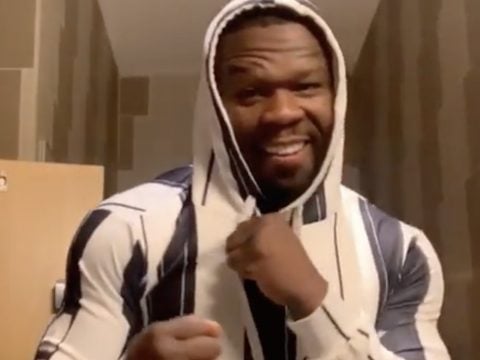 New York rapper 50 Cent is out here proving it’s been way deeper than rap for him for years. The hip-hop entertainer has shared a look at his exclusive Directors Guild of America card.

Big Facts: On Wednesday, Curtis Jackson hit up Twitter to show off his card and to remind fans he’s in an elite Hollywood class.

You know the vibes Directors guild of America card . I stay green lit

High-Key Details: According to reports, the prestigious Directors Guild of America consists of around 16,000 members.

The Directors Guild of America is an entertainment guild that represents the interests of film and television directors in the United States motion picture industry and abroad. (Wikipedia)

Wait, There’s More: Recently, 50 went to his social media pages to acknowledge his NAACP Image Award nomination for best director of a series.

So now I got beef with the directors

The post 50 Cent Proves He Really Made It In Hollywood: “You Know The Vibes, Directors Guild Of America Card” appeared first on .

More posts from author
Wednesday, 20 May 2020 Scientists went 'cuckoo' due to laughing gas from penguin poo
Thursday, 14 May 2020 US military jet had encounter with 'silver UFO the size of suitcase'
Tuesday, 12 May 2020 Male or female dinosaurs? Scientists have made mistakes
Load More