A look back at Kylie Minogue's iconic pop career

It's hard to believe that it's been thirty years since Kylie Minogue released her first single, Locomotion.

In the three decades since, the now 49-year-old has become one of the world's biggest pop musicians - with plenty of ups and downs along the way.

The actress-turned-singer first hit the global stage with her Locomotion follow up, I Should Be So Lucky. 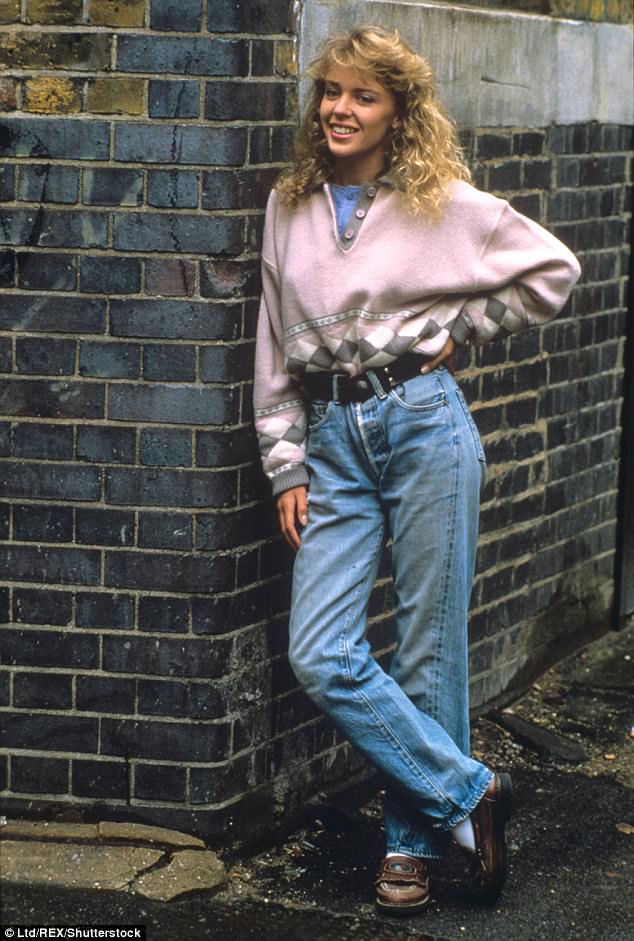 Humble beginnings: Kylie Minogue got her start on the Australian soap Neighbours, before using the show to launch a pop career with her 1987 debut single 'Locomotion'

Released in 1987, the single topped the charts in Australia and the UK, and even reached the top thirty on the Billboard Hot 100.

The hit appeared on her debut album, Kylie, which was a blockbuster success in the UK and eventually sold over 5 million copies worldwide.

The rising star went on to release a handful of smash hits throughout the rest of the eighties, including her now iconic duet with Jason Donovan, Especially For You. 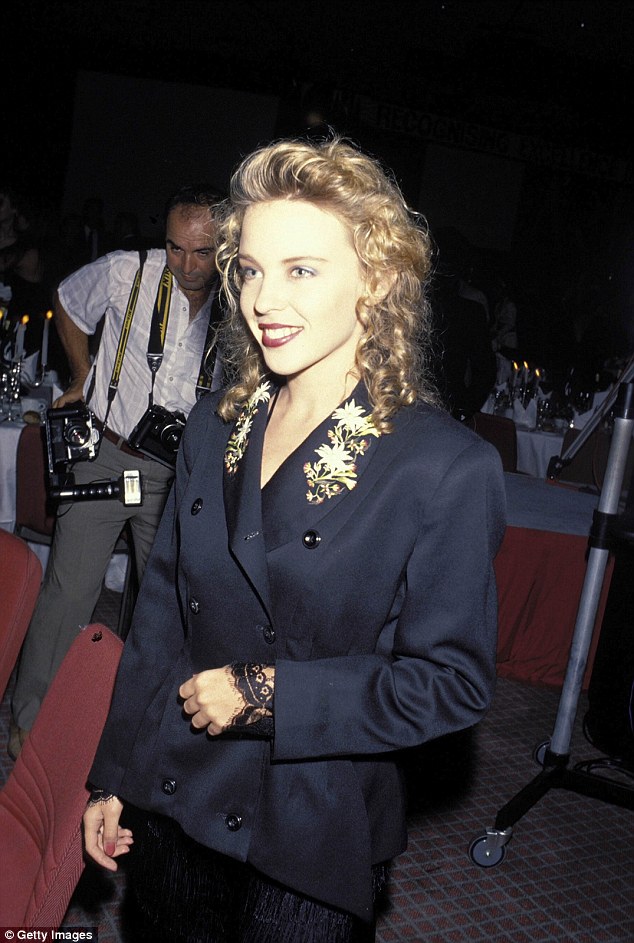 Rising star: The actress-turned-singer was in full pop star mode as she attended Australia's ARIA awards in 1989 (pictured) 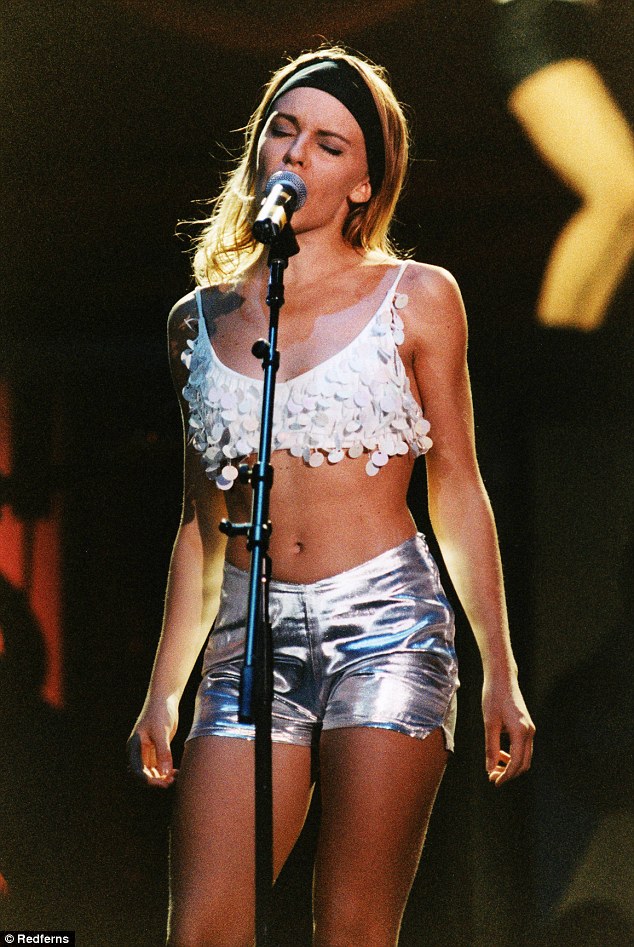 Superstar: Kylie performs in London in 1990 after topping the British pop charts with hits like 'I Should Be So Lucky' and 'Especially For You'

Kylie's career continued to flourish in the early nineties, with the diva sexing up her image with hits like What Do I Have To Do and Word Is Out.

Her edgier style was rumoured to be a result of her relationship with troubled INXS rocker Michael Hutchence, whom she dated from 1989 to 1991.

In 1994, she went through an alternative phase beginning with her the indie-pop hit Confide In Me.

The same year, she hit the big screen as Cammy in the infamous flop Street Fighter. 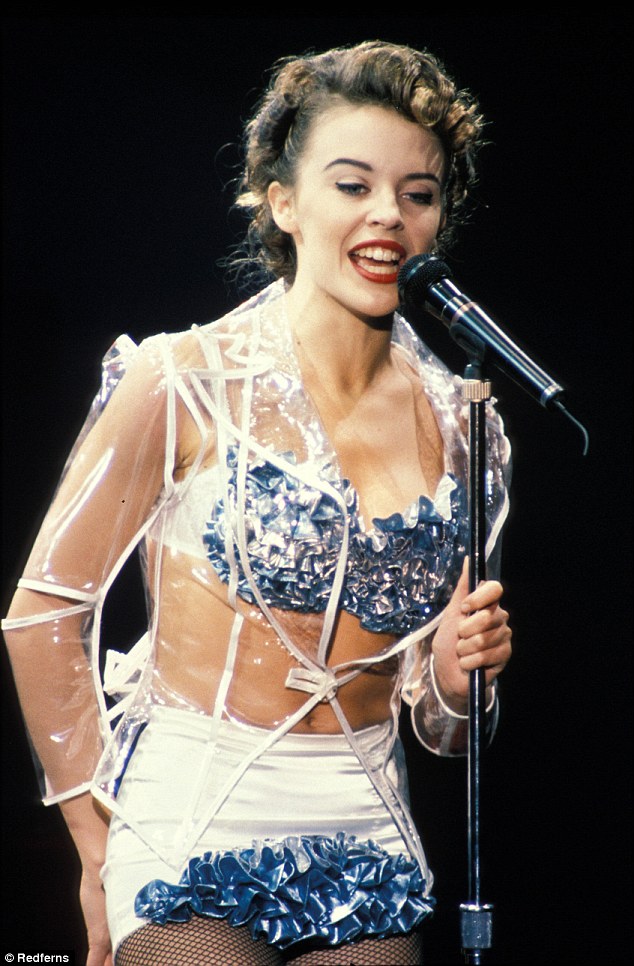 New look: The pop princess started to experiment with an edgier sound and image after dating INXS rocker Michael Hutchence in the early nineties

She later starred in another box office bomb, Bio Dome, and continued to push the boundaries musically with hits like the Nick Cave duet Where The Wild Roses Grow and the experimental Impossible Princess album.

As her record sales continued to diminish, the diva decided to return to the bubblegum pop that made her famous in a bid to top the charts again.

The musical makeover was a success, with the disco-pop tune Spinnin' Around hitting No. 1 in Australia and the UK in 2000.

Comeback queen! After declining record sales in the late nineties, Kylie reinvented herself again with 2000's 'Spinnin Around' 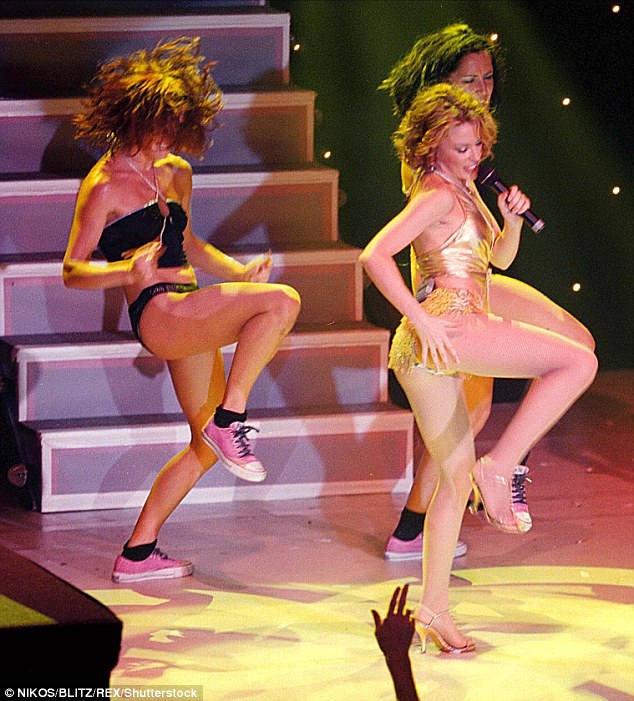 Legendary: Kylie's gold hot pants left a lasting impression on pop culture and became one of her signature looks

The music video for the song, which showed Kylie writhing around in a pair of hot pants, was a pop culture sensation and ultimately became one of her signature looks.

Fresh from the success of her triumphant comeback, Kylie then released the biggest hit of her career, Can't Get You Out Of My Head.

The song, released in 2001, topped the charts in forty countries and became one of the best-selling singles of all-time. 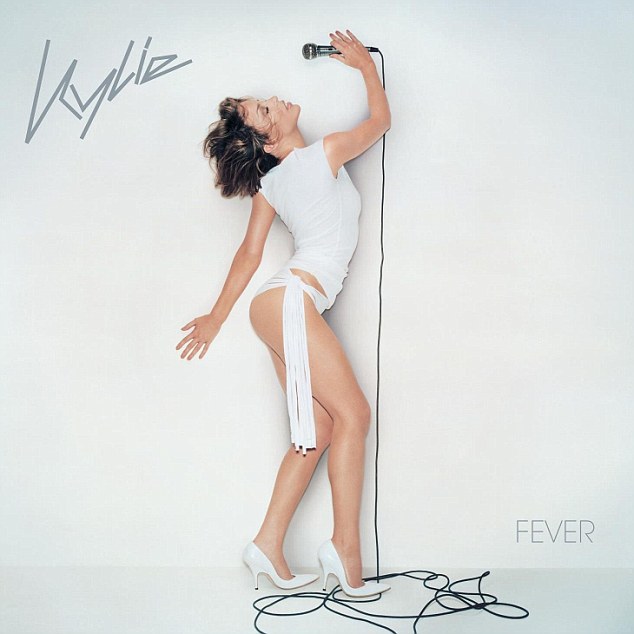 Climbing higher: In 2001 the superstar returned with her most successful album ever, Fever 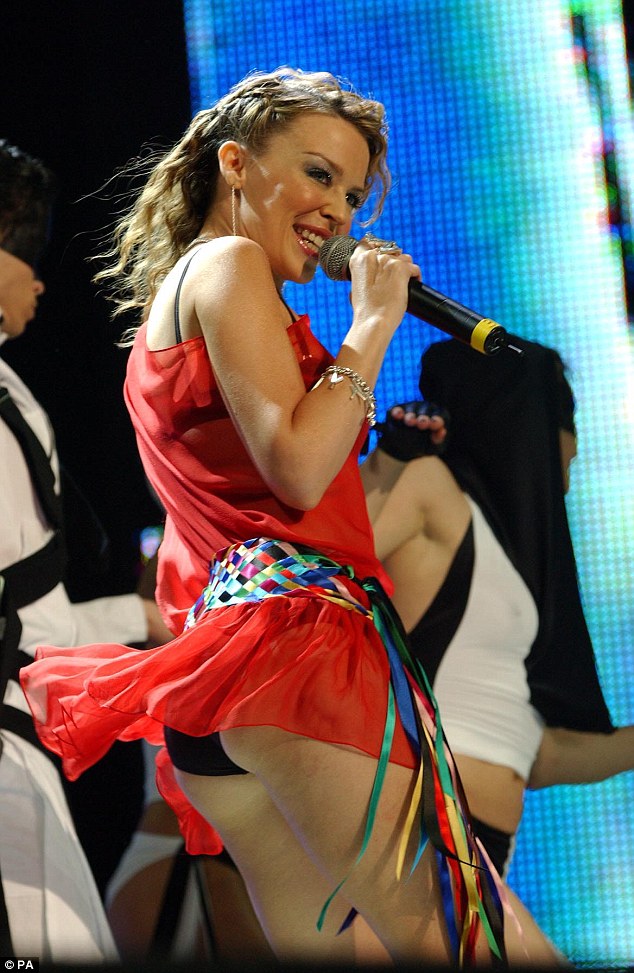 Hitmaker: Fever's lead single, 'Can't Get You Out Of My Hear,' topped the charts in forty countries and ultimately became one of the best-selling singles of all-time

The accompanying album, Fever, sold six million copies and spawned further hits like In Your Eyes and Come Into My World.

It also returned her to relevance in America for the first time in over a decade, reaching No. 3 on the Billboard charts.

The starlet continued to rule the pop charts for the rest of the 2000s with hits like Slow, I Believe In You, and 2 Hearts. 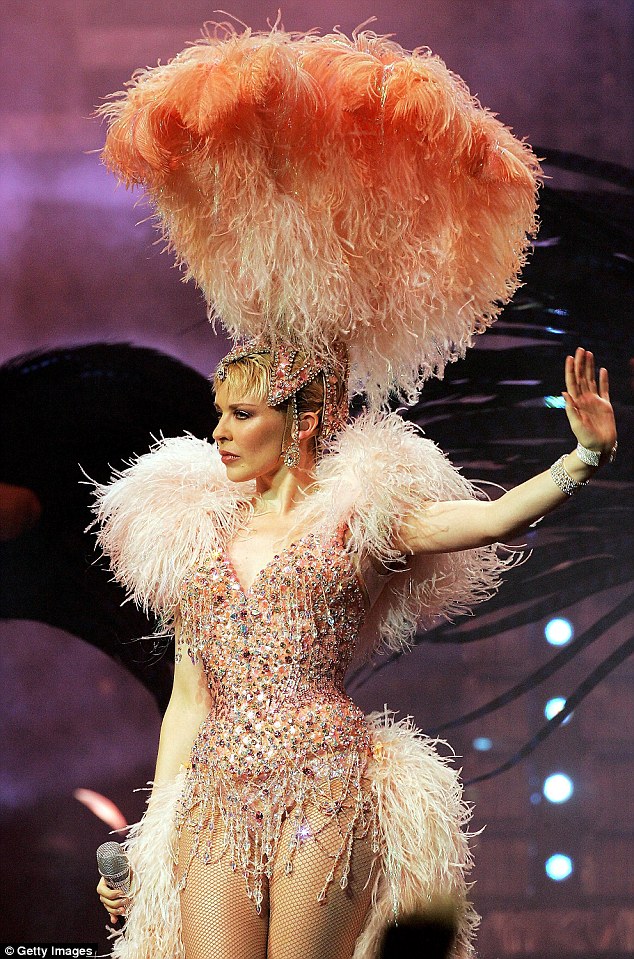 Performer: Kylie stunned crowds across the globe on her iconic Showgirl world tour

She started to fall off the charts again in the 2010s, but was able to find success on television thanks to some acting roles and judging stints on The Voice and The X Factor.

The songstress is currently in the studio working on her fourteenth studio album with a variety of hitmakers, from British dance DJs to one of Taylor Swift's producers.

Something tells us that she'll be back on top of the charts in no time. 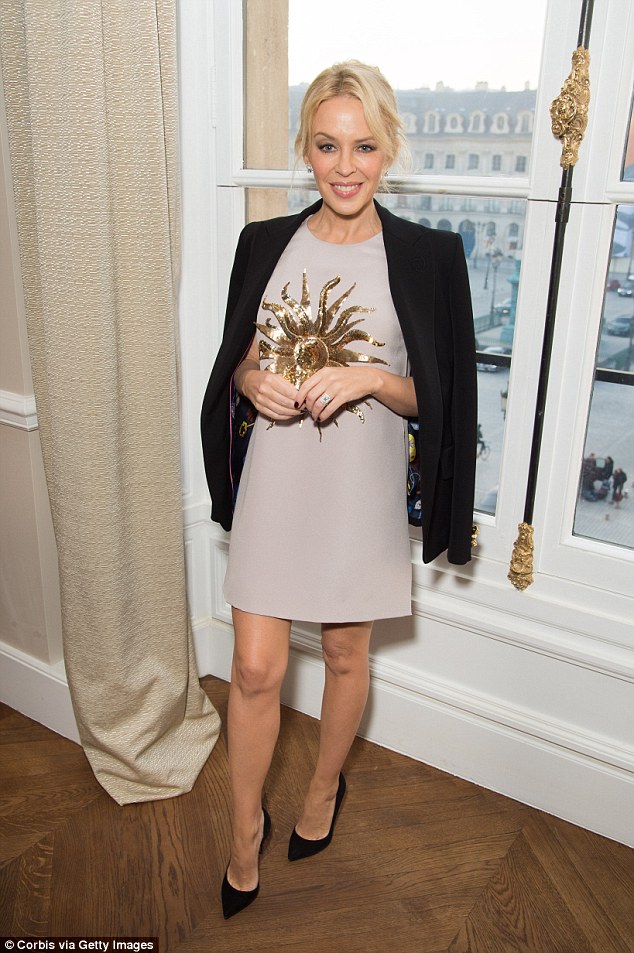 Another comeback? The songstress is currently in the studio working on her fourteenth studio album with a variety of hitmakers, from British dance DJs to one of Taylor Swift's producers