All the pictures from the Game of Thrones premiere 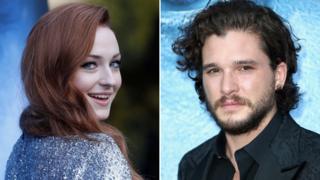 Stars including Sophie Turner and Kit Harington traded Westeros for LA, as the seventh season of Game of Thrones received a gala premiere on Wednesday.

Phones were banned as the first episode of the penultimate series was screened at the Walt Disney Concert Hall.

Turner, who plays Sansa Stark, said the cast felt "very emotional" at the prospect of the show ending.

"It feels like a death in the family [but] it's also exciting, and liberating," said the British star.

(Scroll down to see newly-released photographs from the seventh season) 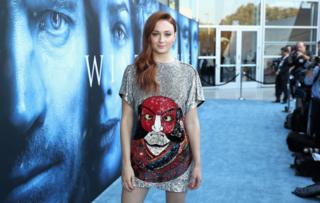 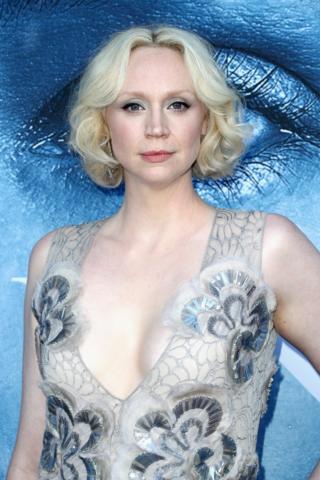 Emilia Clarke - who was absent from the premiere, due to filming commitments on the forthcoming Han Solo film - has also talked about the stress of concluding the series.

"I get sleepless nights over it," she recently told Elle Magazine. "The higher everyone places the mantle, the bigger the fall. I don't want to disappoint anyone."

Among the other stars walking the blue carpet on Wednesday night were Alfie Allen, Conleth Hill, Liam Cunningham, Gwendoline Christie and Maisie Williams.

There was also a surprise appearance from British actor Joe Dempsie, who has been absent from the series since since 2013.

It has not yet been confirmed whether his character Gendry, the illegitimate son of King Robert Baratheon, will return to the show this year. 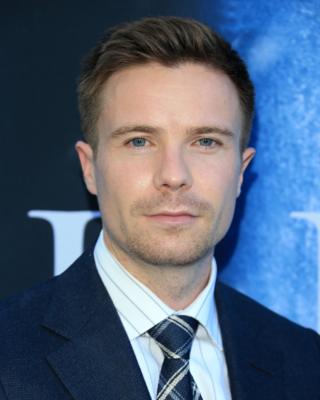 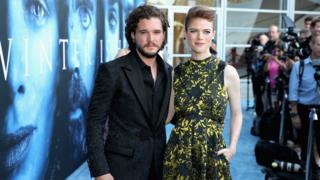 The forthcoming season, which adds Jim Broadbent to the cast, returns on 16 July.

It is airing later than its usual springtime slot, after production was delayed to shoot more scenes in the snow.

The cast, who are already used to hardships on set, said they had had to endure bitterly cold conditions for this series.

"Belfast is never not cold," Isaac Hempstead Wright, who plays Bran Stark, told The Hollywood Reporter. "That's the first thing I learned when I arrived, my first day on set - my first day ever on a film set.

"It was a beautiful day in a forest, but it rained all day, and it was muddy, and I remember coming home and telling my mum that I didn't think I could do it. But we've grown accustomed to the chill." 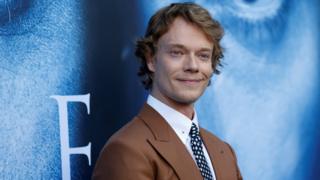 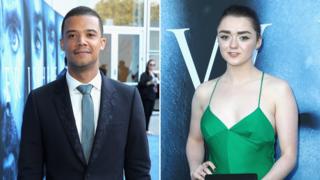 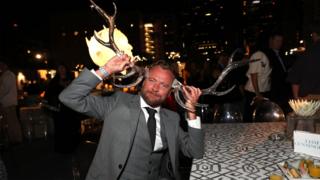 The seventh series of Game of Thrones fulfills the prophecy that "Winter is coming" - and with it, the Night King's army of the undead, and the promise of all-out war.

As the premiere took place, HBO released new images from the show, providing a few clues about the storyline - including Daenerys's return to Dragonstone, and Meera Reed meeting up with the Night's Watch.

The pictures also offer a look at the large painted map of Westeros that featured prominently in a trailer for the season.

An eighth and final season is planned for either 2018 or 2019 - but there are already talks of spin-offs and prequels. 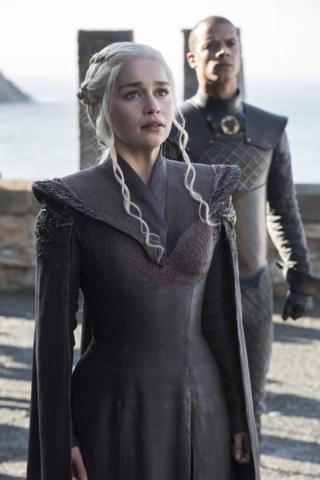 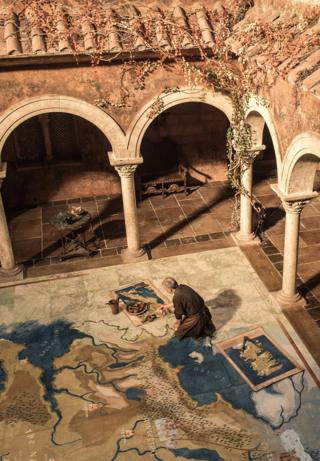 Image copyright Helen Sloan / HBO Image caption What is the purpose of the map? 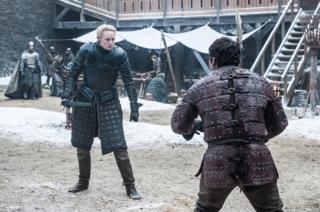 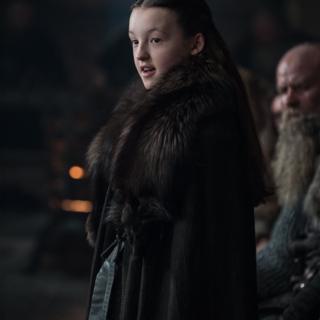 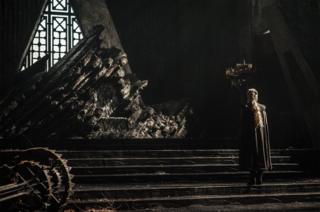 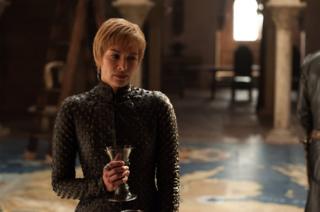 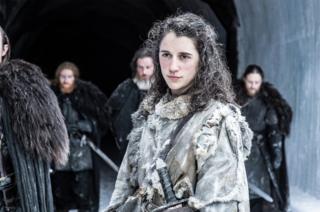 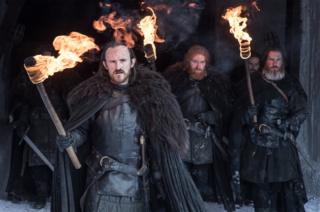 Game of Thrones returns to HBO on 16 July and will be simulcast at 02:00 BST on Sky Atlantic. It will be repeated the following evening (17 July) on Sky Atlantic and Now TV.

All images are copyrighted.