Tyler Jarrell was gearing up for his senior year of high school and in the process of joining the Marines when his life and aspirations were cut short.

The 18-year-old Columbus native died Wednesday night at the Ohio State Fair when the ride he was on partially disintegrated, sending him and others flying through the air.

Jarrell died at the scene. Seven others were injured.

In the aftermath of the incident, state investigators and the ride’s Dutch manufacturer were simultaneously working to find out what happened.

Records show that the amusement ride — called the Fireball — was inspected hours before it tore apart and that a state permit was issued for it on the day of the fatal malfunction, The Associated Press reported Thursday. The state’s chief inspector of amusement ride safety told the AP the ride was inspected three or four times before the fair opened Wednesday.

KMG, the manufacturer, said Thursday that fairs around the globe should cease operating the ride immediately.

Ohio State Patrol said in a press release Thursday that it was still looking for people who witnessed the incident. 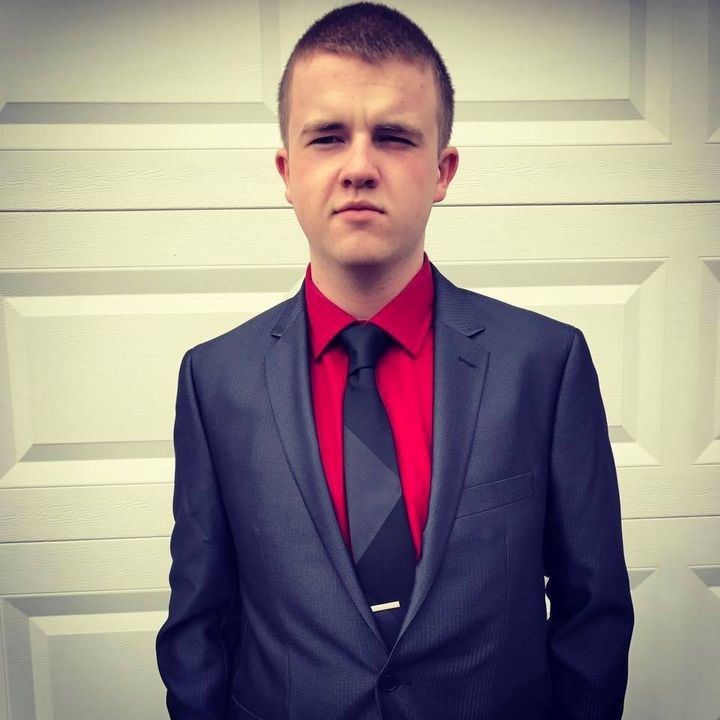 Tyler Jarrell was gearing up for his senior year of high school and in the process of joining the Marines when he died Wednesday.

“Tyler was one of those kids that was friends with everyone,” Logan Landefeld, a friend of Jarrell’s since middle school, told HuffPost. “He wouldn’t make fun or hurt anyone, he was helpful, nice, and a very respectful young man, and he’s gonna be missed.”

Brandon Caylor, a former night manager at the local McDonald’s where Jarrell worked, said the victim had been one of his top employees.

“He was very hardworking, diligent, funny, caring, and just an all around great person,” Caylor told HuffPost in an email. “He was always a pleasure to work with.”

Jarrell, who was entering his senior year at Franklin Heights High School, enlisted in the Marines last week. According to friends, he had just passed his physical. The local Marines office released a statement to HuffPost, calling Jarrell’s death a tragedy:

Our heartfelt condolences go out to [the] family of our Poolee and all of those affected by this loss. The Marines here are saddened by this tragedy. We are truly proud to have known this young American as one of the brave few willing to step up and serve our country in the United States Marine Corps.

Graphic footage captured by a witness Wednesday night shows people falling off the Fireball ride. Britney Neal, who was watching alongside her sister Kiley, said on Twitter that she thought she saw people die.

“Watched it happen saw the girl die and everything I was next in line,” she wrote. “Truly traumatized from what I had witnessed.”

Seriously injured in the incident was Jarrell’s girlfriend, Keziah Lewis. Lewis’ mother told The Columbus Dispatch that her daughter did not remember the incident and “kept asking for her boyfriend” at the hospital.

“I had to tell her he was the one who was deceased,” her mother told the publication.

Ohio Gov. John Kasich’s office has launched an investigation, calling the incident “the worst tragedy in the history of the fair” and ordering that the rides be closed for further inspection. On Thursday, the fair was open but the rides weren’t in service.

The Fireball ride at the Ohio fair was built in 1998 in the Netherlands and is one of 43 such rides around the world, including 11 operating in the U.S., according to the AP. Up until Wednesday, none had a serious malfunction, KMG told the news outlet.

In a statement to HuffPost, ride manufacturer KMG said it was instructing anyone using the ride to cease operations while the company investigates.

“In the accident a passenger carrying gondola detached from the supporting sweep arm ... Our deepest sympathies go out to all who were involved or affected by this tragic accident. We are currently gathering information on the accident and investigating the cause and
circumstances of the accident. Until further details are known, operators of Fireball/Afterburner (FRB24) and Move-it (MVT24/MVT32) type amusement rides are instructed to cease operation of the ride until further notice.”

Before the fair opened Wednesday, amusement ride inspectors from the Ohio Department of Agriculture told the Record-Courier that they had performed safety inspections on all 72 rides after rain and flash flooding caused delays.

Following the accident in Columbus, a fairground in Ocean City, Maryland, reportedly closed down its own Fireball ride as a precaution.

This story has been updated throughout.

Chris D’Angelo contributed to this report.