BBC pay: What else did we learn? 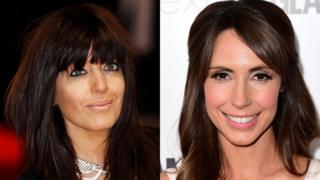 A day after the BBC revealed its stars' salaries, people are still talking about it.

We found out the top seven earners were all male, with the biggest hitters coming from entertainment and sport - Chris Evans, Gary Lineker and Graham Norton.

The annual report also revealed there's a gap between the pay for white stars and those from a black, Asian and minority ethnic (BAME) background.

But what else did we find out?

Some presenters revealed their salary unprompted

But she tweeted: "Whilst we're in the transparency game, and for those asking, I fall in the middle of the 100-150k category.

"This is a huge amount of money for a job I love doing five days a week, and I know what a privilege it is to be able to say that.

"Also worth saying we have a brilliant team of journalists on far, far less than that who we totally rely on and I'm so grateful to them."

Political correspondent Chris Mason added: "Good on Rachel for volunteering this. I'll do same: I earn £60,000 as a Political Correspondent. Best job in world."

"Oh dear only couple of actresses on BBC Rich list reminds me when John Forsythe contractually had to receive much more than me on Dynasty!" tweeted the veteran actress, about her time playing Alexis Carrington on the glamorous '80s soap opera.

Soaps still pay relatively well, however, with women including EastEnders' Letitia Dean on £150,000 - 199,999, along with Gillian Taylforth and Lacey Turner, as well as Holby City's Jemma Redgrave.

EastEnders' Danny Dyer and Adam Woodyatt are both on more, with £200,000 - 249,999, along with Doctor Who's Peter Capaldi, Silent Witness's Emilia Fox and Sir David Jason, who stars in Still Open All Hours.

Older, white men are highest in the pecking order

The top seven earners on the list are male, white and aged over 50.

The two women who managed to break into the top 10 earners are relative spring chickens Claudia Winkleman, who's 45, and 40-year-old Alex Jones.

Lord Sugar says Gary Lineker has nothing to worry about

Match of the Day's Gary Lineker, who earns £1,750,000 - 1,799,999, joked about not earning as much as Chris Evans. But Lord Sugar said: "You should not worry. You are in a market where presenters are paid at going rates ITV CH 4 pay more than the BBC. You have shown loyalty."

And finally... where do Ant and Dec fit into all of this?

Well, they've certainly done very well for themselves since they left the BBC in 2000. According to The Sun, they earned £29.5m in 12 months. This would exceed the entire bill for the 96 personalities listed in the report - whose combined salaries were £28.7m.