MALMEDY, Belgium (Reuters) - A Belgian town honored its 22-year-old tradition of making a giant omelet on Tuesday amidst an egg contamination scare, cooking 10,000 eggs in a pan four meters wide.

Millions of chicken eggs have been pulled from European supermarket shelves as a result of the scare over the use of the insecticide fipronil, which is forbidden in the food chain and can cause organ damage in humans. 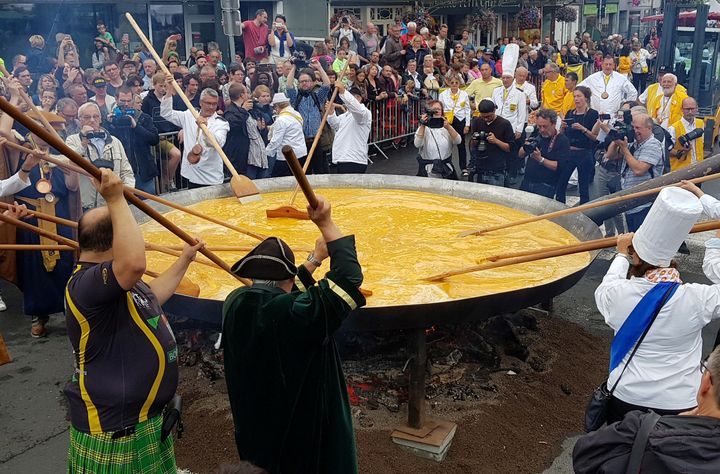 Members of the Worldwide Fraternity of the Omelette prepare a traditional giant omelette made with 10,000 eggs in Malmedy, Belgium August 15, 2017.

Hundreds of people gathered in the eastern Belgian city of Malmedy undeterred by the scare and the president of the local branch of the giant omelet fraternity, Benedicte Mathy, said she was confident Tuesday’s dish was safe to eat.

Under a timid Belgian sun and with music playing they tucked into the giant omelet cooked over an open fire by “The World Fraternity of Knights of the Giant Omelette”, which was created in 1973.

Woman saves dog about to be euthanized. Dog return...
Trump Supporters And Juggalos Will Be Marching In ...