China: Sing the anthem - but only at this speed

China has already banned its national anthem from being belted out at weddings and funerals – but now, even more restrictions are on the way.

A law is being prepared to set the tempo at which the ballad should be played and sung, with consequences for those who put the anthem in a "damaging situation".

Concerns have been growing that the patriotic number, called March Of The Volunteers, is "not universally respected and cherished".

State media has reported on recent "chaos" where people have laughed as the song was played, with others making a ruckus.

"Due to a lack of legal constraints, the national anthem is casually used and sung in an unsolemn manner," the Xinhua news agency claimed. 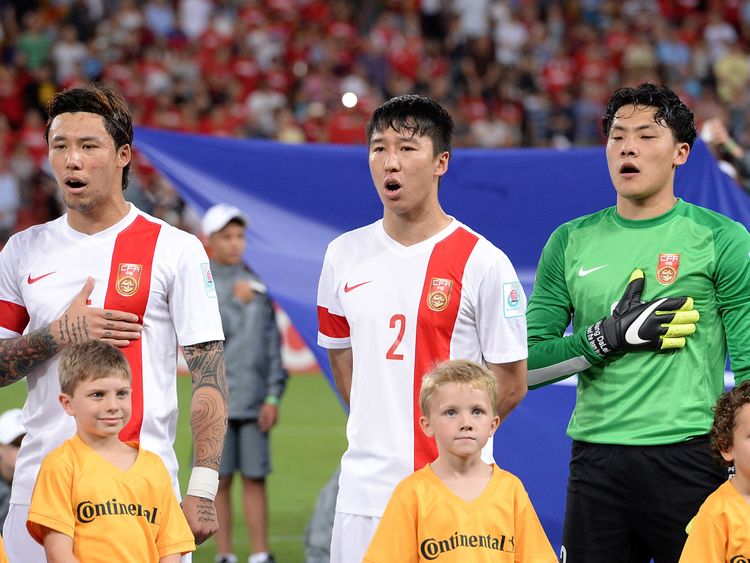 Image: Since 2014, the anthem has been reserved for diplomatic occasions and sporting events

China already has laws restricting the use of its national flag and national emblem, but aside from a ban in adverts there are no laws protecting the national anthem.

In 2014, Beijing set out regulations which allowed the song to only be used during major sporting events and formal diplomatic occasions - making the anthem off limits to various forms of "private entertainment".

Written in 1935, March Of The Volunteers was officially adopted as China's national anthem in 1982.

The buoyant, military-minded song calls on the Chinese people to "arise" and "march on" towards the establishment of a new nation.

The draft bill is expected to be submitted for its first reading next month.