Chocolate is 'essential' for the BBC Proms 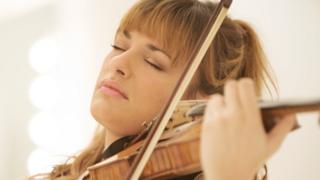 If you're heading to the BBC Proms this year, take a tip from the professionals: bring chocolate.

"Chocolate is the essential ingredient," says Igor Levit, who will play Beethoven's groundbreaking third piano concerto at the First Night.

"If my white tie is here and chocolate is with me, all is fine."

The classical music festival kicks off on Friday night with the world premiere of Tom Coult's St John's Dance. It will be shown on BBC Four from 20:00 BST.

The first night continues with a celebration of American composer John Adams, who turns 70 this year.

His piece Harmonium - based on poetry by John Donne and Emily Dickinson - will be performed by the BBC Symphony Orchestra under the baton of Edward Gardner.

The concert concludes with Levit's chocolate-assisted rendition of Beethoven's Piano Concerto No 3 in C minor. 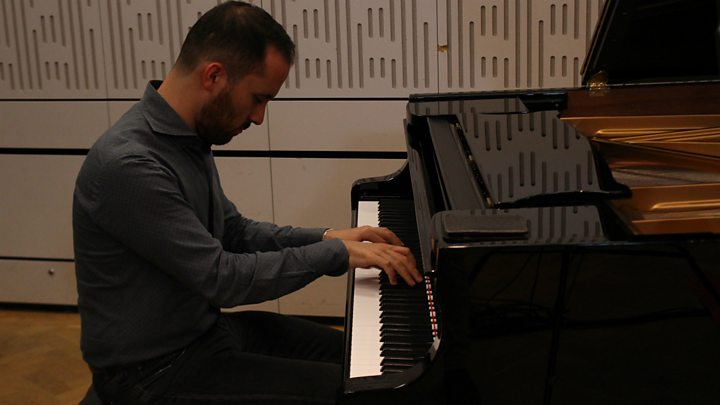 The performances will also be broadcast on BBC Radio 3, and on BBC Two from 21:00 BST.

Overall, the Proms season incorporates more than 90 shows, including performances in Hull and a tribute to cult musician Scott Walker.

Here are some of the things you should know about this year's programme. And if you want to go behind the scenes, why not join Proms director David Pickard live on Facebook at 14:30 BST for a tour of the Royal Albert Hall as it is set up for the first night.?

Chineke! will make their Proms debut on 30 August.

The brainchild of double-bassist Chi-chi Nwanoku, the ensemble is Europe's first majority BME orchestra. Founded just two years ago, it is one of the youngest groups ever to play the festival.

The orchestra is "not just Black African-Caribbean," Nwanoku told BBC 5 live. "We have Bangladesh, India, Pakistan, Sri Lanka, Iraq, Iran, even an Aborigine amongst us."

She says the ensemble was formed "to change perceptions" not just for the audience "but also us musicians ourselves".

The musician added: "I didn't know if this could exist. I had no idea. At the time [I established the orchestra], I could count on the fingers of one hand how many musicians of ethnicity I had ever worked with, and three of those were singers."

Pianist Gerard Aimontche, who occasionally plays with Chineke! (although not at the Proms) said the project will "break stereotypes".

"As you may know, black musicians very often get pigeonholed to jazz or hip-hop. It's a huge stereotype. People may not even know that black classical musicians exist. In reality, there are tons of us. I'm very excited about it."

Opera sounds better at the Proms

"The amazing thing about opera at the Proms is it's like lifting the lid on the engine of opera, because you can see into the orchestra all the time. It's like you're enmeshed in it," says Radio 3's Tom Service.

"You're forced to focus on the interactions between the singers, and you see what's happening with the musicians. You feel part of the drama. That's the unique thing about opera at the Proms."

A BBC Proms concert at the Royal Albert Hall is never "sold out" before the day of the performance, because for each Prom up to 1,350 standing, or "Promming" places are available in the arena and gallery on the day.

Queuing for those tickets is all part of the experience. But which should you plump for?

"As someone who's been Promming since I've been 13, here's my secret: If you stand in the middle of the arena, that is the best place in the entire arena to listen to the Prom," says BBC Radio 3's Sara Mohr-Pietsch.

Her co-presenter Petroc Trelawney disagrees. "I want to make a cry for the gallery because I love going up there," he told BBC Radio 2's Steve Wright Show.

"Downstairs in the arena, everyone's packed in and standing up. Up there, people are lying down. People bring cushions and blankets, they bring a little picnic to have in the interval. And the sound up there is extraordinary. [It] sort of gets whooshed up through the hall and it sounds fantastic." 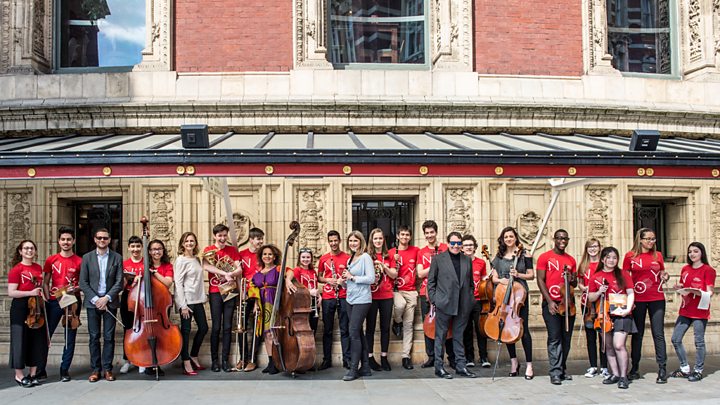 On 29 July, the BBC National Orchestra of Wales will stage the first ever "relaxed Prom", delivering classical music in an informal environment.

"It's specifically designed not just for families, but also for adults with autism, sensory impairments and learning difficulties," says Tom Service.

"The message is simple to anyone who comes along: You can do what you want. You can talk, you can relate to each other however you like to. It's going to be a wonderful experience." 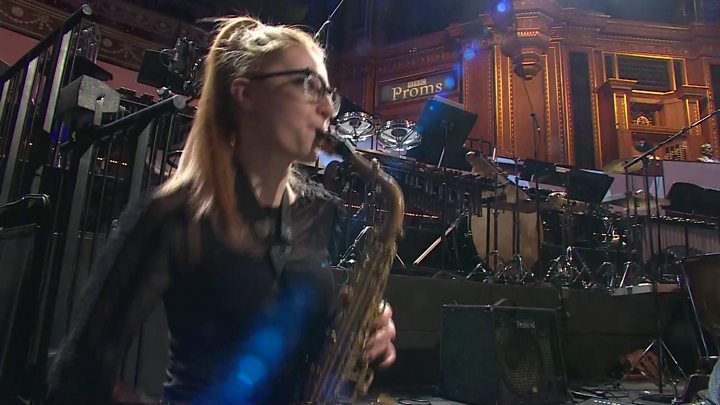 Media captionJess Gillam plays Escapades, from the film Catch Me If You Can, part of the John Williams Prom on 20 July.

The broadcaster points out that this casual atmosphere used to be the norm.

"If you rewind 150, 200 years, it wasn't the case that everyone was sitting in silence and worshipping the music.

"The concerts were much more like being at Glasto and Latitude. So, for me, the relaxed Prom is a return to classical music's roots."

Tom Jones is making his debut

Image caption Tom Jones has played at the Royal Albert Hall many times, but never as part of the Proms

Sir Tom Jones will make his first ever appearance at the Proms as part of a celebration of soul record label Stax Records.

The singer will take part in a concert celebrating the Memphis-based label, performing tracks such as (Sittin' On) The Dock of the Bay and Soul Man alongside Stax stars Booker T Jones and Sam Moore. There will also be appearances by Beverley Knight, James Morrison and Ruby Turner.

"What a voice and what a personality," said David Pickard, who books the Proms for the BBC.

"Stax is really interesting. Their first big tour to the UK was 50 years ago, and Tom Jones is one of hundreds of artists who were hugely influenced by them."

It's all being streamed in high-definition audio

The BBC has been broadcasting the Proms for the past 90 years, and to mark the anniversary, BBC Radio 3 is streaming the entire event in lossless audio.

In layman's terms, the concerts won't be compressed or squashed like an MP3 (which chucks out sounds the human ear can't hear). If you're interested in the nuts-and-bolts of what's being called "concert quality audio", there's a BBC blog post.

This audio won't be available on your radio, though. You'll need to go to the Proms website or the BBC Radio 3 website to experience it.

One of the Proms is a repeat

It's to honour Malcolm Sargent, who was chief conductor of the Proms from 1947 until his death in 1967.

"We are recreating his 500th Prom," says Petroc Trelawney. "Isn't that amazing? One man conducted more than 500 Proms.

"Now we have dozens of conductors each year. But back then. you just had one or two conductors. So we have got all of Malcolm Sargent's hits, if you like, from that 500th Prom he did."

There are symphonies aplenty

Media captionHighlights from the 2016 Proms

"Symphonies are the bread and butter of the Proms," says Tom Service, who picks Elgar's first and second symphonies as his personal Proms highlights.

The symphonies will be played on 15 and 16 July by the Staatskapelle Berlin, conducted by Daniel Barenboim.

"This is one of the most characterful and deep and warm and emotional orchestras in the world," he told BBC 6 Music.

"You'll know Elgar from the £20 note, with that Edwardian moustache. There's an idea that he represents old-world imperialism [but] this music is shot through with a genuinely radical spirit and an emotion that cuts you to the quick.

"It's there from the first bar of the first symphony. And the second symphony is, for me, literally devastatingly moving.

"You're going to have the most shattering, private intimate emotions on show here. And if you go there with Barenboim and Elgar's music, you're going to discover things about yourself, not just the symphony."