Cops Teach Man How To Tie His Tie Before Job Interview

Sergeant Howard Marshall and his partner, Officer Abenet Carper, from the St. Louis Police Department noticed the man standing alone, but before they went over to see what he was up to, the man started walking over to them. “He asked if either of us knew how to tie a tie because he had a job interview,” Marshall said. 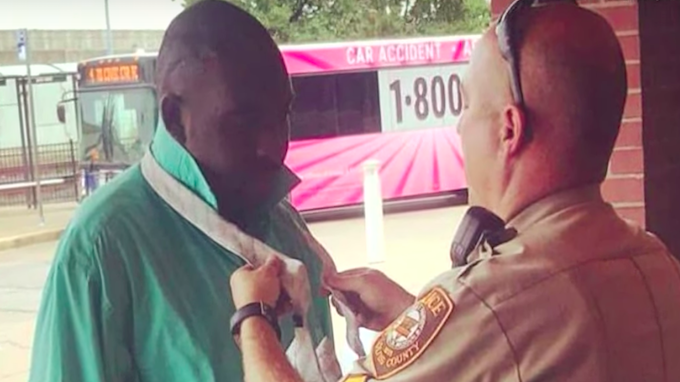 “He didn’t know how to tie a tie,” Marshall said. “I said, ‘Absolutely.'” Marshall wrapped the tie around his own neck, tied it loosely, then helped Hatcher tighten it. “I thought it was neat,” Carper said. “We always want to have that interaction with the community.” 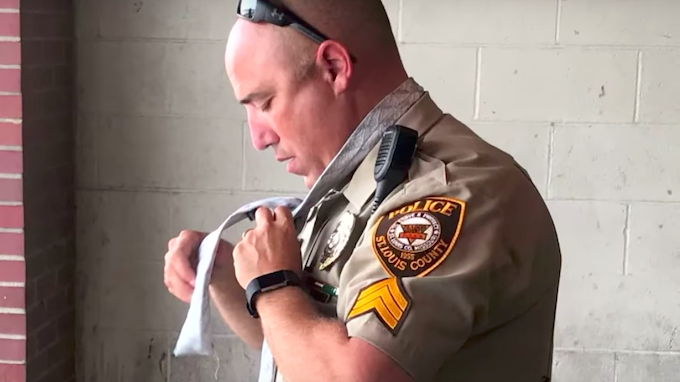 “It’s good to see they can come to us and ask us for help anytime they need to,” Carper added. “He approached us and it took a lot of strength and courage,” Marshall said about the man, Willie Hatcher, who got the job. “After dealing with [the demonstrations] all weekend, I was tense and everything. It was such an awesome feeling he trusted us.” 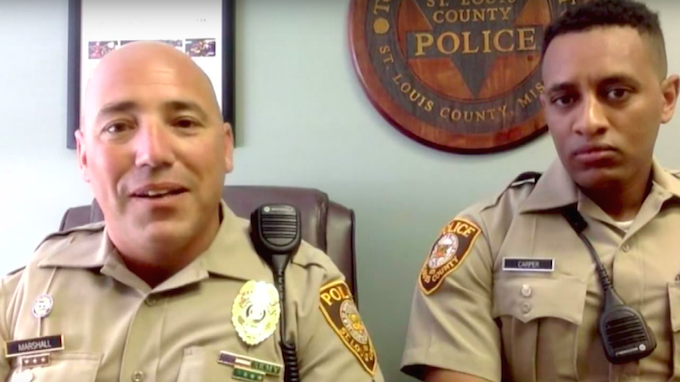 Photo by Inside Edition

Watch the interview before to see how these cops helped a stranger before an important interview.

Can you believe what these officers did for a man before his job interview? Let us know what you think in the comments below and please SHARE this with friends on Facebook.

Excited Tourist Goes On Quest To Find Hidden Penis...
Woman has baby years after she went through menopa...