A gas explosion is going to leave key Eastenders characters in danger in the coming weeks.

If you watched the show last night, hints about the upcoming plot were given and it's feared that popular characters including Sonia and Bex Fowler, Jane Beale and Linda Carter could be harmed.

There aren't many details about what causes the explosion as of yet but it's thought that it has something to do with the upcoming Albert Square event, Walford in Bloom.

In scenes aired last night, viewers saw Sonia comforting her daughter Bex with an event poster behind them and later Linda made reference to said event when chatting to Jane. 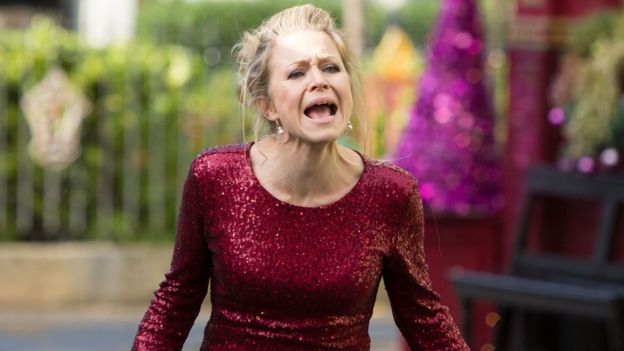 This could just be coincidence but then it has been suggested that at least one main character will die in the explosion while others will be seriously injured.

Speaking about the major storyline, a source said:

"It’s a bold stunt and has taken months of planning.

"It’ll trigger a load of other storylines off the back of it, but the explosion itself will be a major talking point.

"Viewers will be left wondering whether it was set off on purpose or by accident, and bosses are staying tight-lipped about who will die but at least one is looking like they will".

“Fans will be hoping it’s not one of their favourites who is being killed off.”

As if that's not enough drama, it's also thought that Max Branning's scheming will be exposed after this major storyline so there are some meaty scenes in store for viewers over the next couple of weeks.

Shoplifter escapes with drinks haul, but where did...
Manchester United FC news: How Jose Mourinho could...