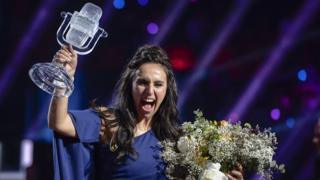 Eurovision Song Contest bosses are fining Ukraine over its organisation of this year's competition in Kiev.

The EBU added that the country's decision to ban Russia's entrant also "endangered" the show's reputation.

In the run up to the contest in May, the show was hit with multiple problems.

More than 20 top level staff from the Ukrainian team resigned in February, claiming they were blocked from making decisions about the show.

There were also problems finalising deals with subcontractors to build the stage, which added to the delays.

A month later, there was more controversy when Ukraine banned Russia's Julia Samoilova from competing because of an "illegal" visit she made to Crimea - entering directly from Russia, not via Ukraine. 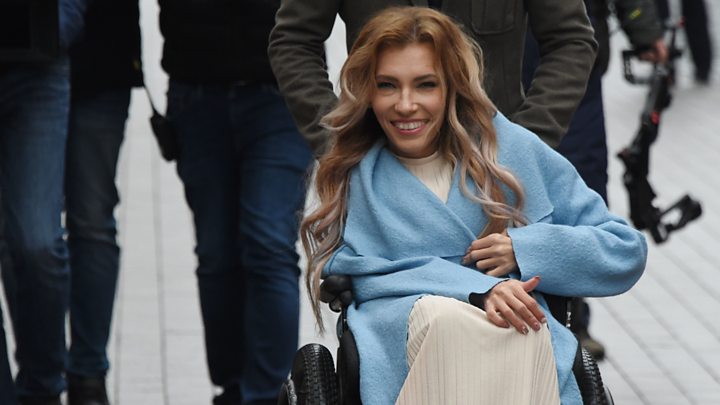 The EBU was forced to intervene and at the time said Ukraine was undermining the non-political nature of the contest.

After a very public row, it culminated in Russia refusing to televise the event and the country not taking part.

The broadcasting union said: "The EBU was pleased with the 2017 Eurovision Song Contest, and commend UA:PBC, their staff, and all those who worked hard on the three live TV shows broadcast from Kiev in May.

"The organisation of the competition, however, was subject to severe delays which created unnecessary difficulties for the production.

"Additionally, the host broadcaster failed to adequately fulfil its obligations with regards to co-operating with the EBU over the participation of the Russian artist.

"As a result of this, attention was drawn away from the competition and the brand reputation of the Eurovision Song Contest was endangered.

"Therefore the Contest's steering committee, the ESC Reference Group, has recommended that UA:PBC should receive a substantial fine, in line with the rules of the competition."

The EBU added it would not pursue any further action against Russia's Channel One, although it had been reprimanded for not attending official Eurovision meetings in Kiev and for not broadcasting the live shows.

Eurovision chairman Frank Dieter Freiling said it hoped next year's contest in Portugal would unite audiences and let everyone who wants to to participate do so.

He added that he hoped Russia and Ukraine "will come together on the same stage in a cordial and non-political competition".

Israeli And Palestinian Teens Have Advice For Divi...
7 Simple Steps to Speed Up Your Metabolism