Mud-free and musically diverse, this year's Glastonbury was one of the best in recent memory.

Here are some of the things we spotted along the way. 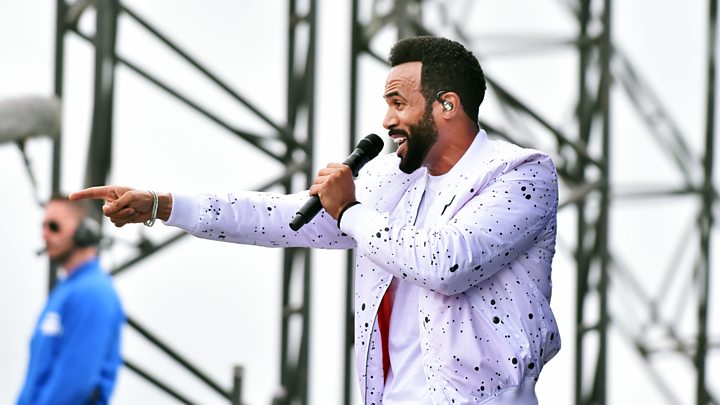 The star celebrated his improbable, but amazing, career resurgence by throwing a huge party on the Pyramid Stage, full of his greatest hits (and quite a few other people's too).

But sadly that will never happen... He chills on Sunday.

There might have been extra security at Glastonbury this year, but the police weren't about to let that dampen the spirits.

If anything, the boys and girls in blue were determined to keep the Glastonbury spirit alive and kicking.

There was also this business with the mounted police and a false horse's head. The stuff of nightmares.

On Wednesday, as temperatures reached 34C, we sat on the hill opposite the Park Stage when, all of a sudden, everyone broke into a spontaneous round of applause. Five minutes later, it happened again. And again.

It took us about half an hour to work out that, every time, they were celebrating the sun disappearing behind a cloud. 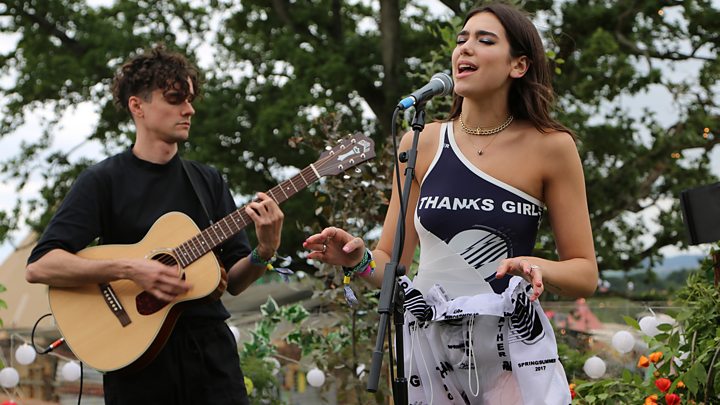 Media captionDua Lipa sings an acoustic version of Lost in Your Light at Glastonbury 2017.

"I've done myself an injury," said Dua Lipa, as she limped into the BBC compound after a performance at the John Peel stage that was as packed with hits as it was people.

"I've mashed my tailbone," she grimaced. "It was already bruised after I fell off a jet ski. Then I went on stage and danced like I'd never danced before. All sorts of crazy stuff. Now I can barely walk."

5) Don't let dreadlocks drag you down 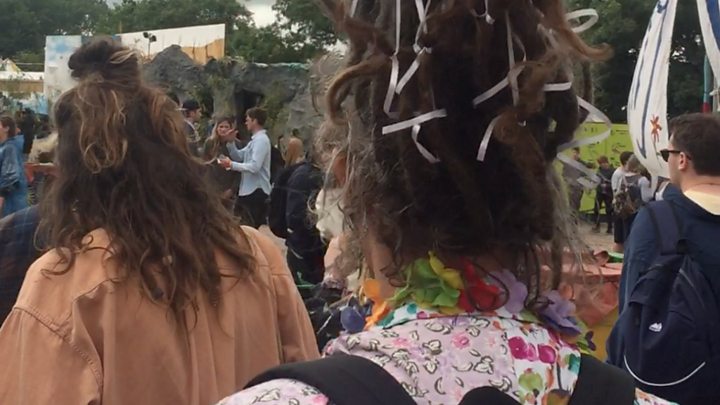 One reveller had a very creative solution to their bad hair day.

6) The Foo Fighters settled an old score with David Beckham 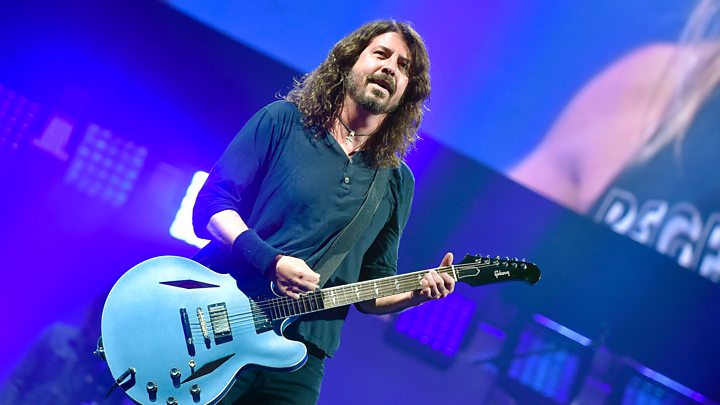 In 1998, when the Foo Fighters played their first ever Glastonbury, half of the audience walked away to watch England v Colombia in the World Cup - a match where David Beckham scored one of England's two goals.

Fast forward 19 years, and the band headline the Pyramid Stage with Beckham watching from the sidelines.

That makes the score 1-1. But what happens next?

7) It was the starriest Glastonbury ever

It wasn't just Beckham watching from the sidelines. We spotted Johnny Depp, Brad Pitt and Game of Thrones star Kit Harington hanging out at the festival.

We also spotted Margot Robbie, Cara Delevingne and off-duty musicians Chris Martin and Rita Ora who, judging by her Instagram, arrived in a helicopter.

Most surprising of all was Bradley Cooper - who turned up on the Pyramid Stage and played guitar (albeit silently) while filming a sequence for the upcoming remake of A Star Is Born.

He then introduced a set by country singer Kris Kristoffersen, who starred in the 1976 version of the film alongside Barbra Streisand. 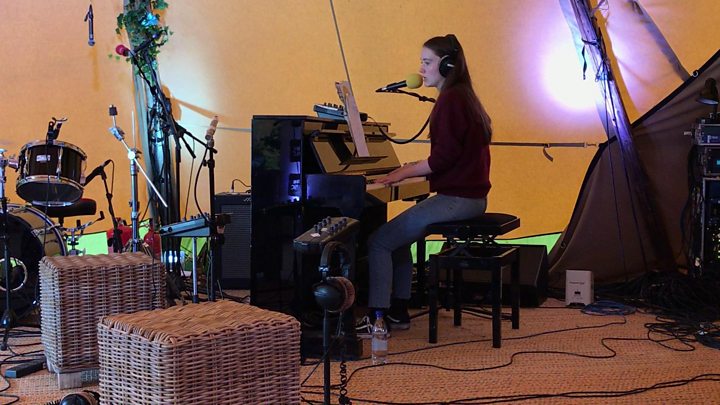 We had the privilege of watching up-and-coming pop star Sigrid soundcheck for a live session on BBC Radio 1. As you can see above, her acoustic rendition of Don't Kill My Vibe was nothing short of stunning.

Unfortunately, when it came to the broadcast, the Norwegian was interrupted by Jools Holland and his Big Band, who launched into a thunderous set on the nearby Pyramid Stage.

"That was weird," she told us afterwards. "I could hear the whole show behind me. I really had to concentrate. Thank goodness I had headphones!" 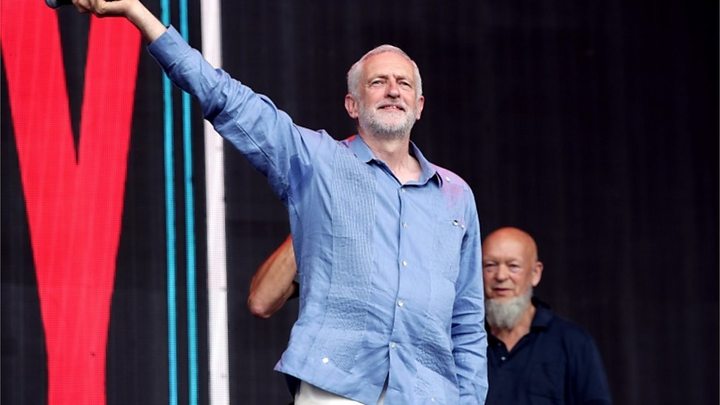 Everywhere you went, the chant broke out: "Ohhhh, Jeremy Corbyn." We heard it between bands, we heard it in the healing field, we even heard it at the silent disco.

But most of all, we heard it during his appearance on the Pyramid Stage. The Labour leader delivered a well-received speech - but he forgot the one thing he was supposed to do: Introduce US hip-hop band Run The Jewels onto the stage.

Speaking to the BBC afterwards, they didn't seem to mind.

"He said a lot of things that resonated with the common man," said Killer Mike. "I was very impressed. Old G can talk." 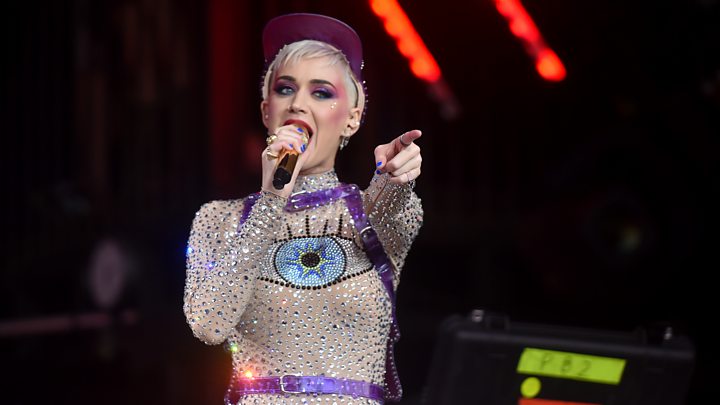 "I can see all of you!" shouted Katy Perry to the hordes who came to see her at the Pyramid Stage. "Even that security guard in the neon, way in the back by that blue flag with the X."

That would be the Saltire, Katy. The flag of Scotland.

Mind you, how many of you know the flag of Katy's home state, California? (It's got a grizzly bear on it, FYI). 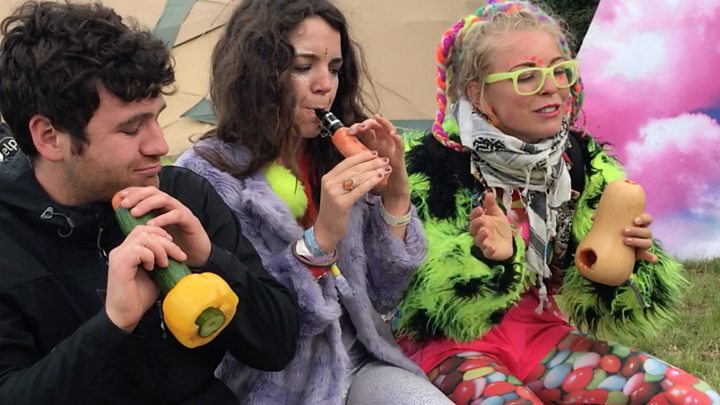 Dave Grohl's signature DG-335 Gibson guitar will set you back about £4,500 - but you can play Glastonbury after a visit to your grocer, as we discovered when we met Finnish musician Vicky O'Neon.

12) Stormzy had the time of his life 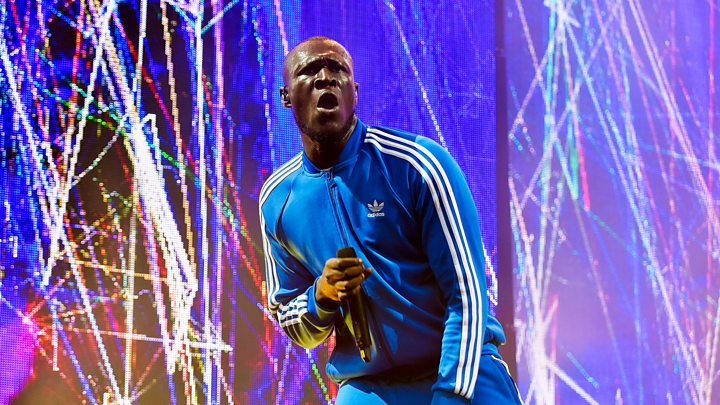 Media captionStormzy performs Big For Your Boots at Glastonbury 2017

"Hey, mumzy, look at your boy now," beamed Stormzy, as he surveyed the massive crowd who turned up for his set on The Other Stage.

They included one Katherine Perry, who told the rapper she had "delayed the helicopter" to catch his set.

"[I'm] just a massive fan," she added on Snapchat.

After posing for photographs with the star backstage, Stormzy took to Twitter to express his disbelief at how the whole night went down.

"So happy right now, thank you to every single person that came and saw me," he wrote.

"Chris Martin came to speak to me after. What an inspiration. And Katy Perry came as well! What a dream. We thank God."

Then, apropos of nothing, he added, "Before I forget, Dynamo is the greatest magician on the planet."

Whatever you say, Stormzy.