How To Prevent, Treat And Soothe Chafing Thighs This Summer

In my wildest fantasies, summer looks like this: I’m floating down a lazy river made of rosé while watching a perfect sunset. My hair, perfectly wavy from the sea, is highlighted naturally from the sun, which complements an even, bronze glow.

In reality, come every July, I am a sticky, sweaty, frizzy-haired monster with a splotchy sunburn, five million mosquito bites and a chafing problem. A major chafing problem.

Look, I’m grateful for the strong, powerful, thigh gap-less legs that take me everywhere I need to go on foot, my travel method of choice in warm weather. But the chafing. The chafing is so real. The sheer thought of doing any activity where my legs will rub against each other leaves a burning sensation and unsightly red bumps in its wake.

In past years, I have remedied this inevitable daily discomfort by wearing bike shorts under skirts and dresses, and cursing the day I wished for summer in the first place. Shorts are a perfectly suitable method of preventing your legs from sticking to each other, but in humidity, the thought of wearing yet another layer of clothing is daunting.

I can’t really tell you why I’d never considered anti-chafing remedies before. Perhaps a small part of me felt like they were BS ―  there’s no way a measly cream could prevent this cruel and unusual specific type of hell.

More likely, though, is that it’s the same reason I neglect to purchase anti-itch cream, despite the fact that I am covered in head-to-toe mosquito bites from Memorial Day through Halloween: Laziness.

So when Mega Babe, a new summer-solutions brand launched by The12ishStyle’s Katie Sturino debuted “Thigh Rescue,” a toxin-free stick that promised to provide “a friction-free barrier that sits on top of skin, allowing thighs that touch to glide against each other instead of chafe,” I had no excuse to not give it a try. 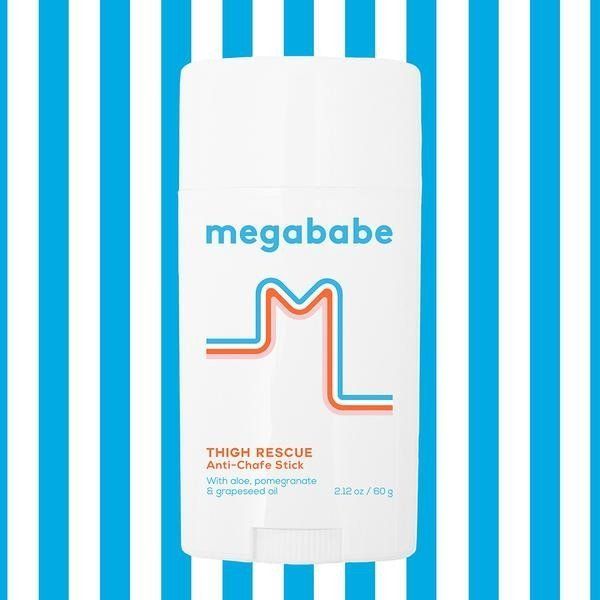 Sturino told HuffPost she wanted to “break the stigma” around this “very common occurrence, no matter your size.” She explained what prompted her to make the product, which retails for $14, in the first place.

“I created it because I was tired of using men’s products like Gold Bond and products geared toward athletes just so I could walk into a meeting in a skirt,” she said.

Fair enough. But does it work?

Let’s just say I have never in my life experienced love at first swipe like this ― especially not on not even on Tinder. It glides right on, it has a lovely scent and it really works.

I spent an ungodly humid day walking the streets of Brooklyn and Manhattan with ease. I even walked to the farther train station just because I could. Who does that?

Equipped with this miracle stick, I called on the experts to explain what chafing is in the first place, and why it happens.

“Chafing is technically an irritation from the rubbing of skin together or closely,” Angela Lamb, director of the Westside Mount Sinai Dermatology Faculty Practice, director of dermatology at the Institute of Family Health and an assistant dermatology professor at the Icahn School of Medicine at Mount Sinai, plainly told me.

But why, I needed to know, if sweat can act like a lubricant, do our legs get irritated more in the heat?

“The sweat can break down the top layer of the skin, the stratum corneum,” she said. “When this barrier is broken down, this makes it cause a rash.”

Chafing cream is not a new concept ― people have been using it to have more superior summers than I for years. This particular product, which boasts key ingredients like like aloe, pomegranate seed extract and grapeseed oil, works, Lamb said, “mostly because it decreases friction by adding moisture with the oils.”

The oils in anti-chafing products are in a higher concentration than your typical moisturizer, and there are plenty of other options on the market with a similar list of natural ingredients: 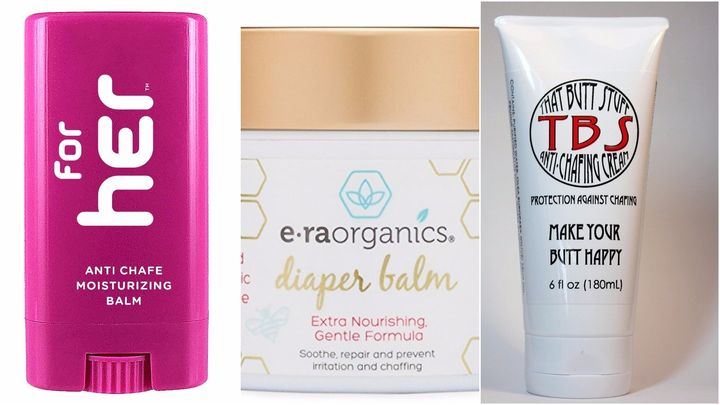 L to R: Body Glide For Her Anti Chafe & Moisturizing Balm made with plant-derived ingredients and rich in Rich in Vitamins A, B, E and F, $7.49, E-Ra Organics diaper balm, certified organic and made with "Sunflower Oil, Beeswax, Cocoa Butter, Coconut Oil, Olive Oil and Chamomile, Calendula and more," $14.99, That Butt Stuff anti-chafing cream made with "all natural plant based oils," $24.06

So sure, it may have taken 28 years, but my relationship with summer ― and my willingness to spend time outdoors ― is forever changed.  Now, if I could just get my act together to buy some hydrocortisone cream.