Flames engulf roof of Bow Wharf building near Bethnal Green in East London. One eyewitness said that the property's solar panels appeared to be on fireHe told MailOnline: 'Half the roof is either burnt away or collapsed'

By Scott Campbell For Mailonline

A large blaze has broken out at a brand new block of flats in East London.

The roof of the Bow Wharf building appears to have been engulfed by flames at the scene near Bethnal Green and Mile End.

According to developers it is a 'residential waterside development' with five houses and 19 apartments which were set to sell for as much as £1million each.

One eyewitness who lives opposite the building told MailOnline: 'Half the roof is either burnt away or collapsed.

'They've got a crane with the hose on the flames. They struggled slightly at first with access because it's right beside Regent's Canal. 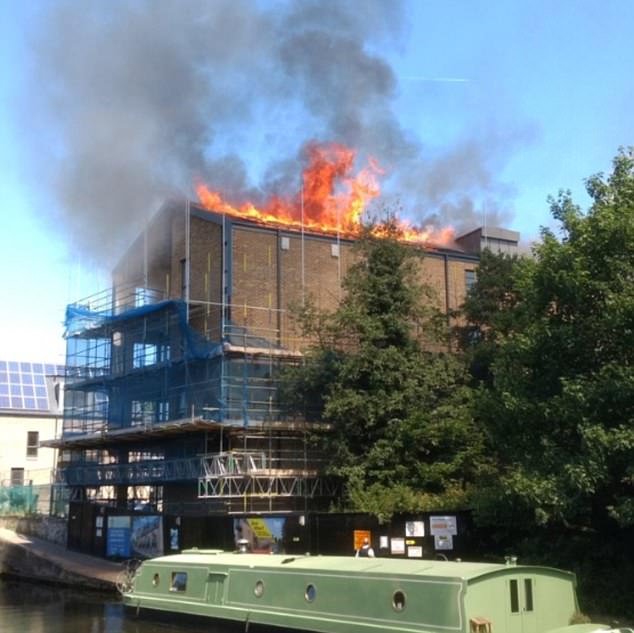 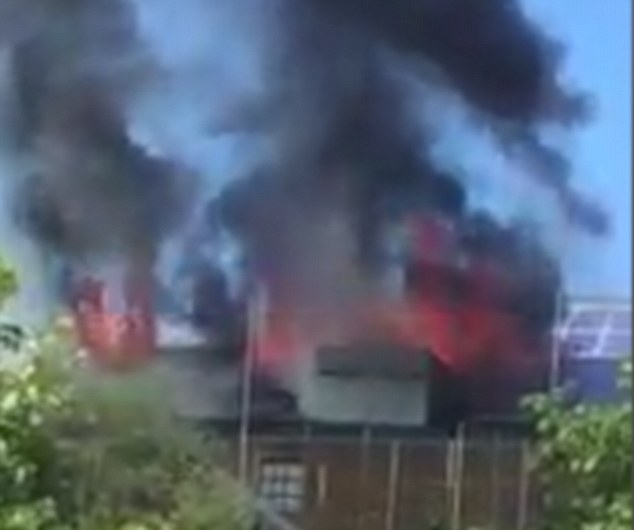 'I noticed massive billows of smoke when I was leaving my flat so I quickly rushed back and noticed it was the building opposite.

'It's the new block of flats that's been under construction for quite a while now.

'Originally I thought the flames were coming from one of the nearby high rise blocks but then I realised it's a new build that's not finished yet so that was a relief.

'It's quite a contained block because there are no buildings on the other sides.

'It's been under construction for about a year or two - they're not cheap flats either.'

Another local said: 'Crikey, hope no one has moved in yet.'

Mrs Messis at war: Lionel's MOTHER is accused of trying...

Britain 'is on the brink of the worst house price...

Pippa Middleton looks radiant as she strolls through...

Woman, 21, was raped in her sleep: Victim reveals how she...

Body of missing boy, five, is found near California lake...

'I told him “You better come outside"': Bernie Ecclestone...

'This is a fat person's daily reality': Plus-sized model...

Ace news! Andy Murray's on for the double with wife Kim...

Birth of a nation: On Canada Day fascinating photographs...