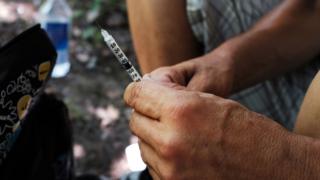 The opioid epidemic has been called the worst ever drug crisis to hit the US. Former US Health Secretaries Kathleen Sebelius and Tommy G Thompson, and Aspen Health Strategy Group director Alan Weil, look at what could be done to help bring it to an end.

Every year, tens of thousands of Americans die from opioid overdoses, devastating families and communities along the way.

The number of deaths involving opioids - a class of drug covering everything from heroin, to legal painkillers - has quadrupled since 1999, a White House commission said in a draft report, urging President Trump to declare a national emergency.

The Health Strategy Group which we jointly chair at the non-partisan think tank the Aspen Institute, has also been looking at the options for tackling a problem which shows no signs of abating.

These are its five key ideas.

Opioids are easy to prescribe, prescriptions easy to fill, and most people find their health insurance readily covers the costs.

Nearly 250m prescriptions for opioids were written in the US in 2015 - far more, per capita, than in other countries.

As a result, it is estimated that opioids have become a $10bn (£7.6bn) industry in the US.

A closer eye on marketing methods and prescription practices could reduce the gap between the amount of drugs prescribed and actual medical need.

Doctors, dentists and pharmacists have an important role to play, with the head of one pharmacy chain saying that "an ankle sprain or dental procedure does not call for a prescription of 30 or 60 powerful pain pills". 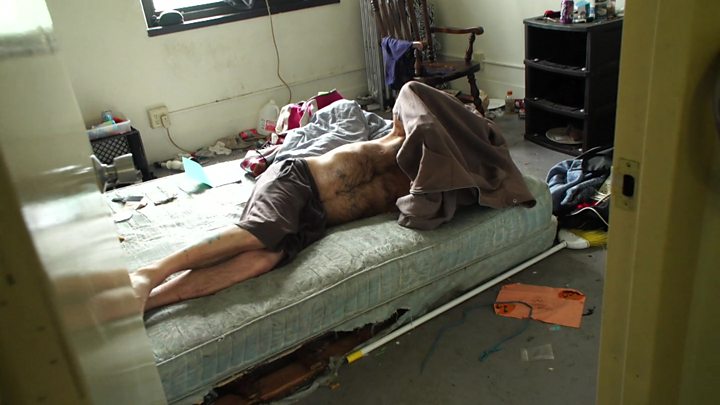 The White House commission also highlighted the issue of overprescribing, adding that health professionals are often poorly educated about best practice for treating pain and turn to opioids as a result.

Clinical guidelines from the US Centers for Disease Control and Prevention have been updated to reduce the amount of opioids prescribed for the treatment of chronic pain.

But alongside the problem of overprescribing is the issue that alternative methods of treating pain can be more expensive and less likely to be covered by insurance.

The US opioids epidemic

Opioid overdoses killed 33,000 people in 2015, with 2016 figures expected to be worse The epidemic started with legally prescribed painkillers like Percocet and OxyContin It intensified as these were diverted to the black market There has also been a sharp rise in the use of illegal opioids, including heroin Many street drugs are laced with powerful opioids like Fentanyl, increasing the risk of overdose The use of injectable opioids has contributed to hepatitis C cases doubling

Only one in four people with an opioid problem is actually treated for it, according to the National Survey on Drug Use and Health.

Yet there is strong evidence that medication combined with therapy can reduce opioid addiction.

Drugs such as methadone, buprenorphine, and naltrexone can all be used to treat people addicted to opioids.

But they are best combined with behavioural therapies that teach people how to cope with their problems and motivate them to change.

However, in stark contrast to opioids themselves, such treatment for people with opioid problems is often unavailable.

Only about 60% of spending on treatment comes from insurers, with individuals, state and local funds making up the balance.

The fear of what other people may think, the failure of doctors to check for substance use and the limited availability of high quality care can also stop people getting treatment.

Overdoses don't have to be fatal.

A drug called Naloxone blocks the effects of opioids on the brain and - when administered promptly, by injection or nasal spray - can save lives.

It is also available as an auto-injector - an easy to use device a like an EpiPen - which allows people without medical training to inject people who have overdosed.

While Naloxone remains a prescription drug throughout the US, the Food and Drug Administration is exploring ways to make it more readily available. 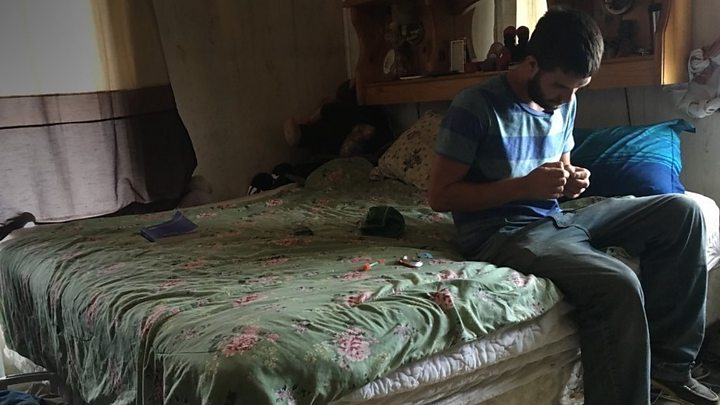 For example, it is encouraging manufacturers to submit plans for an over-the-counter version, which could be bought without a prescription.

In 42 states, bystanders found with illegal drugs now have immunity from prosecution if they call for help, or administer Naloxone to someone who has overdosed.

Forty states now allow pharmacists to prescribe Naloxone, or a doctor to issue standing orders rather than individual prescriptions, so that it is easier to obtain.

Putting the drug within easy reach in many public places will save lives, just as the widespread distribution of defibrillators helped with cardiac arrests.

However, efforts to distribute Naloxone more widely could be challenged by recent price increases.

Addiction is a chronic medical condition, but it is often viewed as a moral failing and crime - a factor which can limit access to treatment.

It can also be the case that drug users are not allowed to live in public housing which, in turn, makes their lives less stable and access to support like social services less likely.

While the national government imposes some of its own restrictions, it does allow state and local housing authorities leeway in how they apply rules concerning drug users.

However, nearly all housing authorities "institute more stringent bans than required by federal law", a study by the US Department of Housing and Urban Development found.

Some officials within the criminal justice system have started to look at ways to deal with drug use as a health issue, rather than a purely criminal one - an approach which is worth exploring.

For example, a commitment to undergo treatment can be enforced at the time of sentencing and access to such support made available in all prisons.

Such approaches have reduced reoffending and give offenders more opportunities when they return to the community, the Federal Bureau of Prisons says.

Invest in data and knowledge

The opioid crisis emerged in large part from poor understanding of how to treat chronic pain.

Robust research could help to improve the way pain is managed and encourage the appropriate use of opioids.

Meanwhile, better use of data could help tackle inappropriate prescribing and the diversion of legal opioids into the black market.

Weak monitoring has enabled doctors and patients to flood the market with prescription opioids.

Employers, insurers, and pharmacies all have data that could help build a picture of who is prescribing and using the drugs.

However, that information is all too often held in silos and legal barriers often prevent sharing of data.

Some of this is beginning to change, with the use of prescription drug monitoring programmes authorised in every state.

Additional research is needed to identify best practices and policies for these programmes.

This analysis piece was commissioned by the BBC from experts working for an outside organisation.

Kathleen Sebelius was US Secretary of Health and Human Health from 2009-14 under Democratic President Barack Obama, while Tommy G Thompson held the role between 2001 and 2005, under Republican President George W Bush.

They are co-chairs of the Aspen Institute's Health Strategy Group, which describes itself as a non-partisan group of senior leaders in business, health care, technology, academia and the media.

This piece was co-authored by Alan Weil, the co-chair and director of the Aspen Health Strategy Group.

Details about the funding of the Aspen Institute can be found here.

Cars, curry and tortillas
A Ghost Story: Why is Casey Affleck under a sheet?