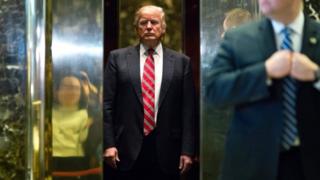 Mr Trump says he has "complete power to pardon". Amid relentless scrutiny over possible ties between his presidential campaign and Russia, an extraordinary suggestion has emerged - that Donald Trump could pardon himself or his family.

The Washington Post reported that Mr Trump inquired about the scope of his power to issue pardons, as a means of undercutting special counsel Robert Mueller's investigation into alleged Russian interference in the US election.

Mr Trump has since tweeted that "all agree the US President has the complete power to pardon".

To some experts, this would be like a judge presiding over their own trial. Others though say Mr Trump may be correct - although that is not to say it would be a good idea.

How do presidential pardons work?

The right of US presidents to issue pardons is enshrined in the constitution.

Under Article II, Section 2, Clause 1, presidents have "power to grant reprieves and pardons for offenses against the United States, except in cases of impeachment".

In practice a president could offer clemency or a commutation, i.e. reducing a prison sentence. A president can also offer a full pardon, in essence an official statement of forgiveness for a crime.

An individual does not have to be charged or convicted to receive a pardon, and a president cannot pardon people over state-level crimes.

In the context of the Russia investigation, Mr Trump could grant immunity to aides or family members, limiting Mr Mueller's scope.

So could Trump pardon himself?

The short answer is we do not know, given the short wording but broad application of the constitution, and the fact there is no precedent for a US leader issuing such a pardon.

Some legal experts say no, citing an opinion issued by the Justice Department days before Richard Nixon's resignation that he could not pardon himself "under the fundamental rule that no one may be a judge in his own case".

"The Justice Department was right that guidance could be found in the enduring principles that no one can be both the judge and the defendant in the same matter, and that no one is above the law," wrote Laurence H. Tribe, Richard Painter and Norman Eisen in the Washington Post.

Others though say the constitution does not preclude a self-pardon.

"A self-pardon might well be outrageously improper... but the response the Constitution creates for such misconduct is impeachment, a political rather than criminal remedy," Mark Tushnet, a law professor at Harvard University told Vox.

Would it help him though?

While there are differing opinions among experts about whether Mr Trump could pardon himself, there is more consensus that such a move would be fraught with difficulties.

Jonathan Turley, a professor at George Washington University Law School, said a president pardoning himself would raise serious questions "of an abuse of power".

"It is also important to keep in mind that such a pardon would not protect against either an impeachment or state charges," he told the LA Times. "It would also not stop the investigation."

Impeachment is primarily a political process, so pardoning could not prevent a hostile Congress advancing proceedings against a president.

Two University of Chicago law professors, Daniel Hemel and Eric Posner, writing in the New York Times, argue that if Mr Trump pardoned relatives he could open himself to the risk of being charged with obstruction of justice.

If he were to pardon himself, questions would follow about whether it is valid, and it could ultimately end up in the Supreme Court.

How easy is it for Donald Trump to be impeached?

Who has been pardoned before?

He argued it was essential for the nation to move on. It is a decision still debated today - some say it cost him the 1976 election, others that he made the difficult, but right, choice.

Presidents have made sweeping pardons to heal national wounds, such as when President Andrew Johnson pardoned Southerners after the Civil War.

Bill Clinton caused uproar when he pardoned scores of people on his last day in office, including a brother-in-law and Marc Rich, a fugitive who had been indicted for tax evasion and fraud.

Perhaps the most famous beneficiary of President Obama's clemency was Chelsea Manning, the US Army Private sentenced to 35 years in jail for leaking documents to Wikileaks. 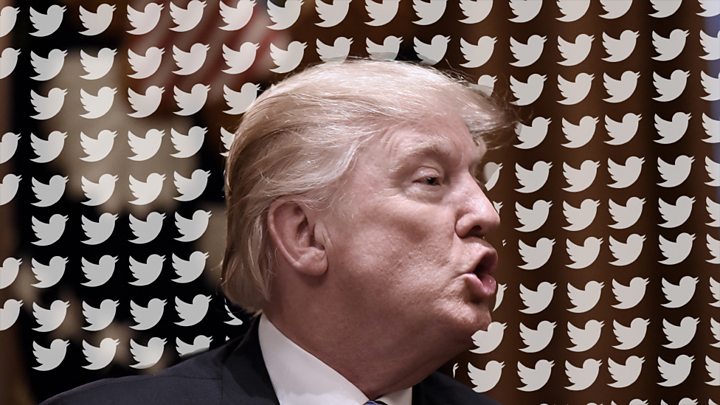 Media captionCommander in tweets: What we can learn from Trump's Twitter