Paws up, little monsters, because we've got an anniversary to celebrate!

While our attention has been on the impending release of Lady Gaga's forthcoming and highly anticipated new album Chromatica on May 29—and rightfully so, after the frenzy that singles "Stupid Love" and the Ariana Grande-featuring "Rain on Me" have created—May 23 marks a special day in Mother Monster's career. And that's because nine years ago, in 2011, it's when she delivered unto an adoring public her second studio album, the iconic Born This Way.

The album, which saw Gaga expand her dance-pop sounds to incorporate a wider swath of genres, including rock, disco, house and more, was a massive success, selling more than one million copies in its first week. In fact, it had the highest first-week sales for any album in the previous five years. Beginning with its empowering and inclusive title track, the LP spawned four top 10 hits on the Billboard Hot 100 chart, with "Born This Way" going on to become the 1,000 song to reach No. 1 on the chart since its inception in 1958.

In honor of the album's anniversary, we thought we'd take a look at all the singles to have peaked at No. 10 or higher on the Hot 100 throughout Gaga's career—15 in total and do what we do best: Rank 'em. 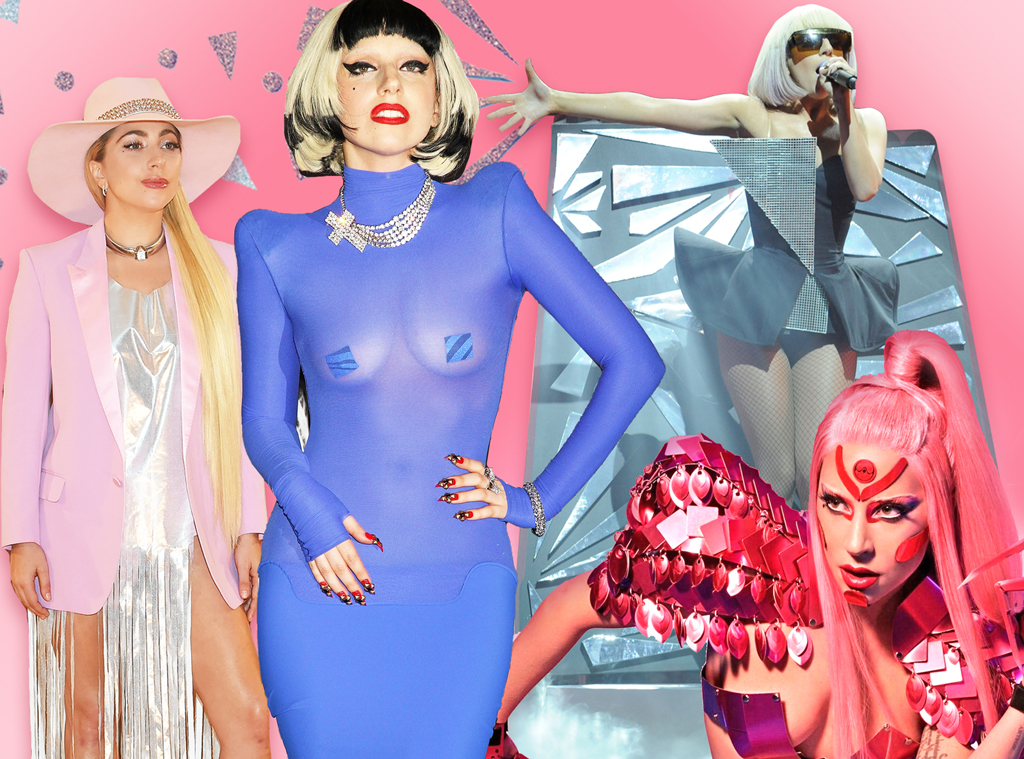 Is this, the only single from 2013's much-maligned Artpop to rank on this list after peaking at No. 4, a bad song? No. But is it a great one? Well, let's just say it's not even the best song on that album.

Ditto for this track off 2016's Joanne that similarly peaked at No. 4.

Peaking at No. 5 in 2008, the fourth single off debut album The Fame is responsible for introducing "disco stick" into the national lexicon. And for that, we salute it.

Fun fact: That's The Walking Dead's Norman Reedus starring as the titular traitor in the music video for this track off Born This Way that peaked at No. 10.

No bluffin' with our muffins, here. It's a testament to her discography that a song this good and this iconic, peaking at No. 1 as the second single off The Fame, didn't crack our top 10 of her tracks.

When this lead single off the forthcoming Chromatica dropped in early 2020, eventually peaking at No. 5, it marked a true return to form for the pop priestess. And we couldn't have been any happier.

Isn't it wild that this track off The Fame, the first of Gaga's to explicitly explore her obsession with fame and notoriety, only peaked at No. 6? And yes, that is True Blood's Alexander Skarsgard in the iconique music video, which served as a prequel to the visual of another track a little higher up on this list.

The euphoria that sets in by the time the late, great Clarence Clemons rips into his sax solo on this Born This Way single that peaked at No. 3 is f--king palpable.

There's something so summer-y about this synthpop slapper, which finds Gaga doing a pitch-perfect riff of Ace of Base's signature sound. Our only quibble with the track, which peaked at No. 5 as one of The Fame Monster's singles? The stark, almost brutalist feel of the music video never matched the vibe of the tune for us.

We got our first taste of the country-rock sound Gaga would explore in full a few years later on Joanne with this Born This Way power ballad that peaked at No. 6 in 2011. Fun fact: That's Queen's Brian May playing the electric guitar on the track, which also samples band's iconic "We Will Rock You." 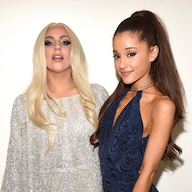 Don't be a drag, just be a queen. Is this title track off the 2011 album, which ascended all the way to No. 1, a bit reductive of Madonna's "Express Yourself"? Sure, there are similarities. Does that make it any less revolutionary that a song by the biggest pop star in the world would explicitly tell the LGBTQ community they're beautiful just the way they are could be heard bumping out of car windows across the country? No, it certainly does not. The power this song had cannot be understated. And whether you love him or capital H-i-m, you have to admit the thing still slaps.

There's a reason this duet with Bradley Cooper, written for the 2018 adaptation of A Star Is Born the two co-starred in, won Gaga her first Academy Award. And that's because the power ballad, which peaked at No. 1, is an absolutely stunning composition. When the song opens up and she hits those high notes? It's almost supernatural. 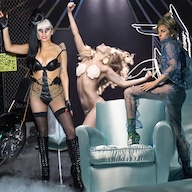 "Born This Way" and Beyond: The Inside Story Behind Some of Lady Gaga's Biggest Hits

And to think Gaga never even wanted to record this song herself. (It was originally written for Britney Spears to include on a greatest hits compilation. She chose "3" instead.) Included on The Fame Monster and peaking at No. 3, the song is, hands down, one of Gaga's best dance-pop moments. Bonus points for bringing Beyoncé into her weird world and letting the world see the former Destiny's Child frontwoman could be just as wild. And the video? Nine-and-a-half minutes—yes, really—of pure pop art perfection. However, we're still waiting for the fulfillment of that "To be continued..." promise.

The one that started it all. Earning herself a No. 1 hit at her first at bat, The Fame's lead single made it clear that a major force had arrived fully-formed. And just like that, pop music had its new leader. Nothing would ever be the same. And for that, we are eternally grateful.

If "Just Dance" signaled the start of something important, then this track, the lead single off The Fame Monster, was the moment the artistry kicked into high gear, elevating her into a whole new league of her own. While we're loathe to say Gaga peaked with this 2009 track, which peaked itself at No. 2 that year, we have no problem saying this is when the full force of Gaga's abilities jumped out and let themselves be known. Have we all been chasing this high ever since? Maybe. But when it's this good, why wouldn't you?