A Highland cow has caused udder chaos during rush hour around Glasgow after the "absolute unit" escaped from a nearby park.

ScotRail warned commuters about the disruption on Twitter shortly before 9am on Tuesday.

The train company posted a photo of the cow refusing to mooooove from the train track in East Renfrewshire, and apologised for the delays. 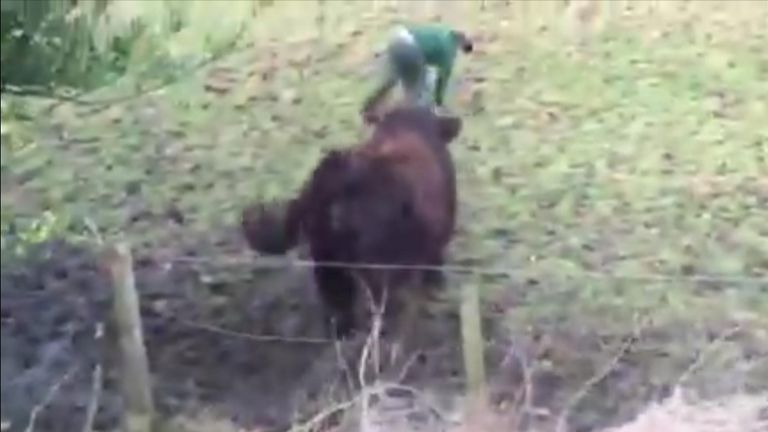 ScotRail explained: "It's not safe to attempt to pass the area at the moment. In this picture, you can see trains on both tracks are being held.

"We really appreciate your patience if you're on board either train or at a station waiting."

Using a bucket of food, staff from ScotRail and Glasgow City Council managed to steer the animal away from the track and back towards Pollok Country Park before its inconvenient stroll caused too much beef.

Some disgruntled commuters failed to see the funny side - complaining that the "awful service" had caused them to miss appointments and exams.

Glasgow City Council tweeted that it would work with rail staff to find the "breach in the fence" that led to the cow's high-steaks escape.

They are also investigating reports that more than one cow was on the prowl.