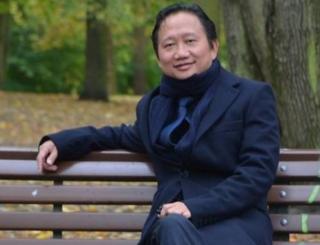 Mr Trinh is accused of causing $150m in losses at Vietnam's state oil company. Vietnam's government has insisted that a former oil executive reported to be seeking asylum in Berlin has "turned himself in" - a day after Germany accused Hanoi of kidnapping him.

Germany said the abduction of Trinh Xuan Thanh was illegal.

Mr Thanh, 51, is accused of causing about $150m in losses at state oil company PetroVietnam.

"Vietnam very much respects and wants to develop the strategic partnership relation between Vietnam and Germany," she added.

Germany has ordered a Vietnamese intelligence officer to leave Germany, and demanded that Mr Thanh should be allowed to return.

The foreign ministry in Berlin also said it was considering further action to an "unprecedented... breach of German and international law".

It is unclear if Mr Thanh has legal representation. Trials on camera are common in Vietnam.

Dissent in the one-party state is not tolerated, but despite that activists have publicly criticised the government amid the kidnapping allegations.